The majority of LaLiga clubs have approved a £2.3bn investment deal with private equity firm CVC Capital Partners but opponents have been given an opt-out clause.

Despite strong opposition from Real Madrid – who have threatened legal action to stop the deal – and Barcelona, there were only four dissenting votes from the league’s 42 member clubs on Thursday.

But there was a concession from LaLiga, with the opt-out option confirmed, meaning those clubs would not benefit from the investment or have to relinquish a percentage of their future revenues.

Athletic Bilbao are one of the other clubs to vote against the proposal, with the fourth not being revealed, at the end of a week which saw one of the league’s biggest draws – Lionel Messi – leave Barcelona for Paris Saint-Germain. 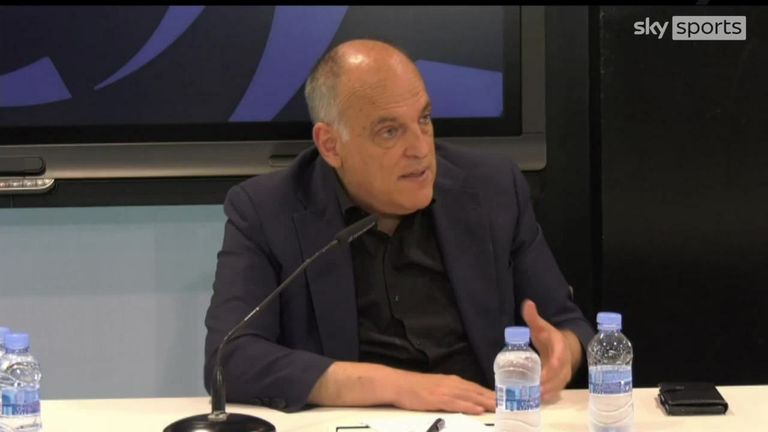 The deal with CVC, who have previously invested in Formula 1 and MotoGP among other sports, is intended to boost club finances and help the league cut into the dominance of other European competitions.

Rivals on the pitch, Real and Barcelona admitted the deal would inject a significant amount of cash in the short term, but were united in their concern that club incomes from broadcast rights would be hurt in the long term as they would be tied to it for 50 years.

Madrid also noted that previous attempts by CVC to invest in Serie A and Bundesliga had been refused because those deals undervalued the leagues.

The Spanish Football Federation (RFEF) said on Wednesday the proposed deal is “completely illegal” and “appalling” and will have serious implications for Spanish football. Revenues in Spain’s top division fell by eight per cent in 2019/20 because of the pandemic.

As part of the agreement, CVC would have a share of about 10 per cent of the league’s revenues and a stake of 10 per cent in a new commercial entity.

Clubs would receive 90 per cent of the money paid by CVC, with 70 per cent aimed at long-term investments. Some of the money would also go toward paying off debts and increasing their spending limits on players and coaches.

The league said CVC will not have control of the management of the competition, or the sale of its broadcasting rights.

LaLiga president Javier Tebas said: “We are convinced that ‘Boost LaLiga’ is the answer to the challenges we have to face in the medium and long term. It is a strategic agreement that will provide our clubs with greater capacity, will transform their management model and boost the appeal of our competition.

“It is the boost we need to turn LaLiga into a global digital entertainment company that has the most attractive football competition in the world.”