“Alexa, what happened on this day in football history?… Alexa? Hello?”

Ok, so it appears that even my Alexa has died of boredom on another Saturday without football – either that or I accidentally unplugged her whilst rediscovering my love for Wii Tennis.

Anyway, whilst we’re all scratching around for ways to entertain ourselves without leaving the house, why not reminisce over the fun times of years gone by – specifically on 21st March.

But you don’t have to disturb your own Alexas (Alexi?) – 90min has got you covered.

One of the greatest managers in football history, Brian Clough was born on this very day in 1935. Clough’s playing career was cruelly cut short through injury, but he more than made up for it as a coach, taking Derby County and Nottingham Forest to some terrific heights.

One of the most entertaining, outspoken and brilliant men in football, Clough will forever be considered a sporting legend. 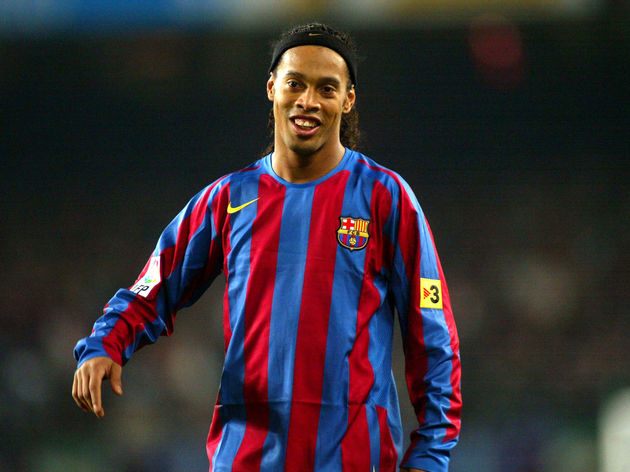 That’s right – 40 years ago to the day, a mother celebrated the birth of her child. Little did she know, she’d just given birth to a future superstar. For years, Ronaldinho kept us glued to our screens, producing moments of genius and inspiration for ?Barcelona, Brazil and many other teams.

Unfortunately, the insanely talented footballer will be celebrating his birthday in a Paraguayan prison this year, as he continues his fall from the highest peak to the lowest trough. Please sort yourself out, Ronaldinho. For all of us.

A special day in ?Manchester United’s history. On this day in 1984, the Red Devils defeated Barcelona in the second leg of the European Cup Winners’ Cup quarter-finals by three goals to nil, thanks to a brilliant display from captain Bryan Robson.

Having lost the first leg 2-0, Man Utd turned the tie on its head, putting three past Maradona’s Barcelona and knocking the

On this day in 2000, Porto clinched a 1-0 victory over Hertha Berlin in the Champions League, thanks to a superb strike by Brazilian forward Clayton.

Dancing beyond tackle after tackle, Clayton eventually found himself through on goal, and tapped home to round off a very special goal.

This headline is probably applicable to any ‘On this Day’ article, because Henrik Larsson scores all year round. And it was Hibernian who were on the receiving end of the Swedish star’s goalscoring prowess in 2004, when he bagged a brace in a 4-0 win for the Bhoys.

Didier Agathe also got two goals for himself in the same match, but Larsson will always be the star of the show. Sorry Didier. 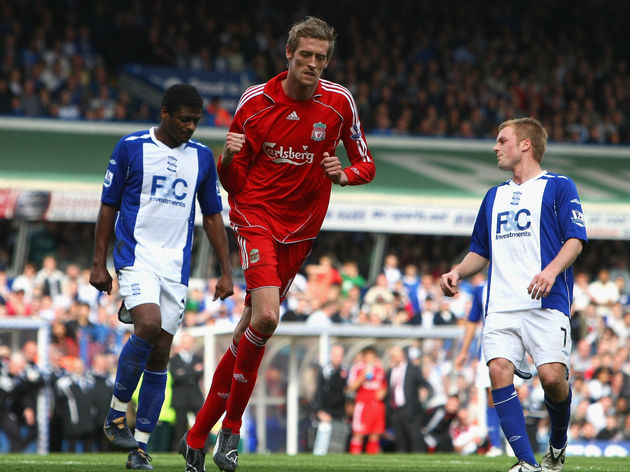 Quarter-finals of the FA Cup can often be cagey, nervy affairs – but not in this case. On this day in 2006, ?Liverpool crushed Birmingham City 7-0 at St Andrews, emphatically booking their place in the final four.

The Blues’ hopes of an upset lasted 55 seconds, when Sami Hyypia gave the Reds an early lead. And the game continued in a similar vein, following a Peter Crouch brace, and further strikes from Fernando Morientes,

On this day in 2009, Fulham dealt a huge blow to Man Utd’s title hopes, beating the Red Devils 2-0 at Craven Cottage. ?Danny Murphy broke the deadlock, before Zoltan Gera pulled off a brilliant acrobatic strike, as Sir Alex Ferguson’s side capitulated.

Wayne Rooney and Paul Scholes were both sent off for Man Utd, to compound a truly wretched away-day display. Fear not though, Red Devils, you would go on to win the league later that year, I promise you.

This was a very special year for ?Manchester City, who were destined to lift their first Premier League title in the most dramatic of fashions. But before that magical afternoon against QPR, the Citizens broke another record, winning their 20th successive home fixture on this day in 2012.

Roberto Mancini’s men beat ?Chelsea 2-1 at the Etihad Stadium, thanks to goals from ?Sergio Aguero and Samir Nasri. A pulsating campaign.