The whole April Fool’s Day thing hasn’t stopped the wonderful world of football producing some absolutely classic moments on this day though. Over the years, the first day of the fourth month has thrown up some memorable moments, like Wycombe Wanderers and ?Hull City drawing 0-0 in 1995 and Abou Diaby scoring his first ?Arsenal goal in 2006.

Something suggests we need to go a tad bigger and better here.

1976 – A Champions League Legend is Born 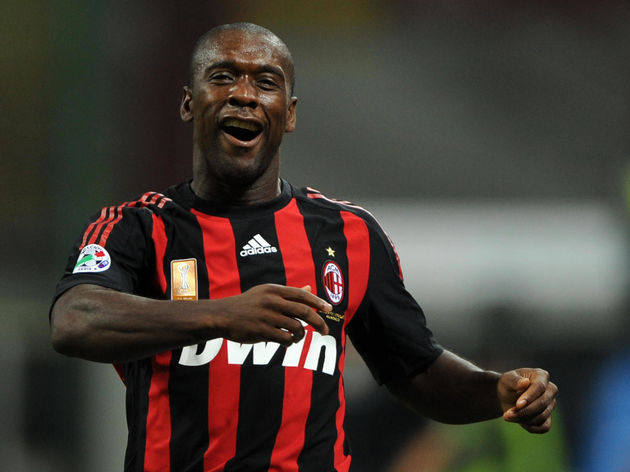 The path to the player who’s won the ?Champions League at more clubs than anyone else leads to only one man ­- Clarence Seedorf – born on this day in 1976.

Seedorf’s senior career spanned a ludicrous 22 years, in which time he won four Champions League trophies. But no man has ever won the competition at as many clubs as his three; he took the trophy home as a player with Ajax, ?Real Madrid and finally (twice with) ?AC Milan.

Only seven players have ever played more times than his 125 in the competition. A big-game player. With Sporting CP by now a little way behind Benfica and eventual champions Porto in the Portuguese league season, short-lived manager Raul Águas put his faith in a young and exciting winger named Luís Figo on this day in 1990.

Sporting would win the match, hold on to Figo until 1995, and eventually sell him. Legalities meant he couldn’t sign for his intended destination of ?Manchester City, so he had to make do at ?Barcelona instead. Figo would enjoy a trophy-laden career with the Catalans, before controversially leaving for Real Madrid and then finally ?Inter. He picked up silverware, and a lot of it, wherever he went.

By the time he had retired, his career had seen him transition from a wide man with bags of potential into a world-class attacking midfielder. Two penalties and then a delightful curled free kick from the Italian helped ?Juventus claim an unassailable 4-1 win. The Old Lady would lose 3-2 in the second leg, but still progressed to the final on aggregate.

Only four players have gone on to notch trebles in Champions League semis since ­— Ivica Oli?, Robert Lewandowski, ?Cristiano Ronaldo and… Lucas Moura. With ?Manchester United already pretty certain of retaining the ?Premier League title, they faced ?West Ham United on this day in 2000.

Costa Rican legend Paulo Wanchope had put the mid-table side ahead at Old Trafford, but a flurry of unanswered goals helped United romp to victory on an easy day in the Premier League. David Beckham crashed a mesmerising free kick in off the crossbar for the sixth, before current United manager Ole Gunnar Solskjær made it seventh heaven for United.

They won the league by 18 points. On this day, the very day Diaby broke his duck in north London, ?Reading FC scored a fabulous five second-half goals, condemning ?Derby County to a painful defeat and sealing promotion from the ?Championship to the Premier League.

The Madejski Stadium would witness the biggest pitch invasion it has ever seen, as fans celebrated a classic day in the club’s history.

The Royals would go on to win more points in a single Football League season than anyone ever had before or has since — 106.

Thinking about the struggles Reading have these days, that really is a proper throwback. For the first time in the Premier League era, ?Spurs beat ?Chelsea in an away game. ?Álvaro Morata headed home the opener for the Blues following a mistake by Hugo Lloris. But Spurs were back level on half-time with a thunderous, deceiving shot from range by ?Christian Eriksen.

Two smartly taken ?Dele Alli finishes in the second half would earn the visitors a rare win against Chelsea, and spell more trouble in the league for Antonio Conte’s side.

Chelsea finished fifth and Conte was replaced by Maurizio Sarri, while Tottenham edged past ?Liverpool into third, claiming a Champions League place with it. And what would Tottenham do with that Champions League qualification? They’d knock out Inter, ?Borussia Dortmund, Manchester City and Ajax on their way to the final.

2002, Rangers tricked their fans when they announced the completely and utterly fake signing of ‘Yardis Alpolfo’. He didn’t end up being a teenage sensation from Turkey.

He ended up being an anagram of ‘April Fool’s’.