?On this day in 2009, Barcelona completed a historic sextuple by defeating Argentinian side Estudiantes in the final of the Club World Cup.

The victory secured Pep Guardiola’s side their sixth trophy in just over seven months, a truly staggering achievement that is unlikely to be repeated for many years.

Barca kicked off their mammoth trophy haul by securing the La Liga title with three games to spare.

The highlight of Guardiola side’s season was undoubtedly a 6-2 demolition of ?Real Madrid in what was one of the most shocking Clásico’s in recent memory. Thierry Henry and ?Lionel Messi both bagged a brace in the game which extended Barcelona’s lead at the top of the table to seven points.

Next on the agenda was the Copa del Rey. Facing Athletic Bilbao in the final, the Catalan giants breezed to an easy victory with goals from Yaya Touré, Messi, Bojan and Xavi securing a 4-1 win after Bilbao had gone in front. 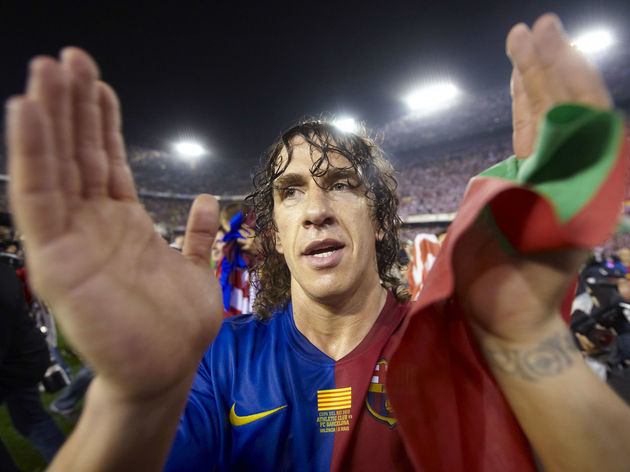 Soon after, Barca had a ?Champions League final against ?Manchester United to contend with. The La Liga champions ran out comfortable 2-0 winners with Eto’o giving them the perfect start with a goal inside 10 minutes, before Messi put the result beyond doubt in the second half.

Sir Alex Ferguson conceded after the game that his side “were beaten by the better team”, just as they would be again when the two teams reconvened in the 2011 final.

To pad out their trophy haul Barca won both the Spanish Super Cup, beating Atletico Bilbao over two legs, before they bested Shakhtar Donetsk in the European Super Cup final after extra-time. 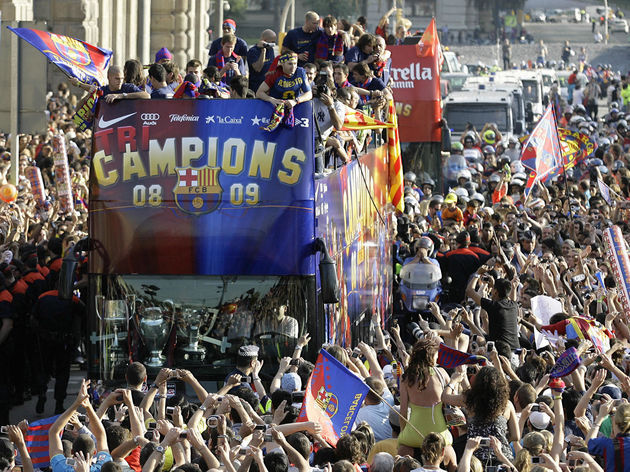 They would also require extra-time to complete the sextuple, with Estudiantes taking them right down to the wire in the final of the Club World Cup.

The Argentine side almost spoiled the party by going 1-0 up and Pedro had to score an 89th minute equaliser to keep the final alive. Eventually Messi (who else?) popped up with a goal extra time to secure his side their sixth trophy of 2009.