Ousmane Dembele is considering his options to leave Barcelona after falling out with the club’s board, writes Lyall Thomas.

The France attacker is so far not signing the offer of a new contract with his current deal set to expire in the summer.

He can talk to clubs outside La Liga this month and there are a number of Premier League clubs monitoring his situation.

Dembele and his agent Moussa Sissoko are said to have been disappointed by Barca’s request for him to take a pay cut in his new terms.

They were also unhappy that this request coincided with the signing of Ferran Torres from Manchester City – a player they believe plays in the same position.

Barca are said to have reassured them that Torres will play more as a No.9. Nevertheless, Dembele and his representatives want a similar deal to Torres.

Reports in Spain also claim Barca are unable to register Torres until Dembele accepts the terms on offer – or leaves.

Barca officials have put the ball firmly in Dembele’s court in recent public comments, urging him to sign the deal.

Sky Sports News has been told that, if he does not, Barca will push for his sale to another club this month.

And if he does not go, they are even prepared to keep him away from the first team until his deal runs out.

The stand-off did not affect his performance on Wednesday night, however. Dembele scored against Linares in the 2-1 Copa del Rey victory.

Blackburn in talks for Hedges, Souttar and Zeefuik

His Aberdeen contract expires this summer so he is free to speak to clubs outside Scotland. Aberdeen have tried to keep him but he wants to go back to the Championship.

Blackburn had a bid turned down for Hedges at the end of the summer window.

Rovers are also interested in John Souttar at Hearts but face competition from a number of other clubs including Rangers.

Sky Germany are also reporting that Blackburn are close to signing Hertha Berlin’s Deyovaisio Zeefuik on loan. Manager Tony Mowbray has targeted a right back with Ryan Nyambe’s future uncertain.

QPR and Stoke are also interested in bringing the former Chelsea academy player back to England. Panzo joined Dijon from Monaco in 2020 and also spent time on loan at Club Brugge. 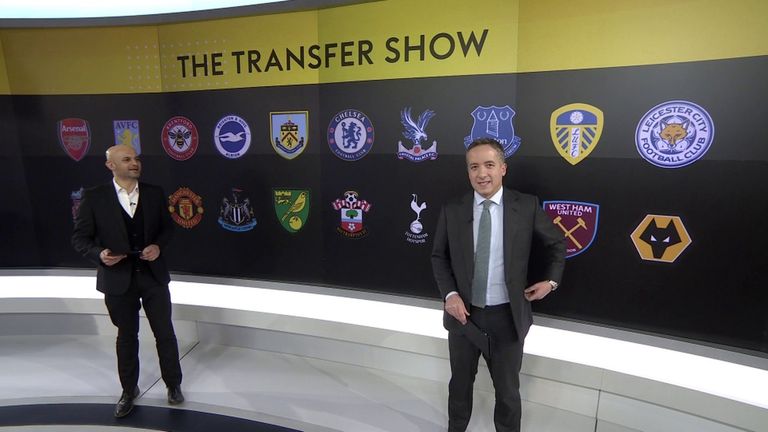 The Transfer Show’s Dharmesh Sheth and Kaveh Solhekol round up the latest transfer news from all 20 Premier League clubs.

New York Red Bulls are one of a number of MLS clubs targeting Celtic midfielder Ismaila Soro, according to Anthony Joseph.

The Ivory Coast international has moved down the pecking order under Ange Postecoglou and the Hoops are willing to listen to any loan or permanent offers for the player.

Soro is also attracting interest in Israel but it is believed he would prefer a move to the USA.

It’s understood New York Red Bulls have not made any official approach at this stage and are in no rush. However, they are aiming to sign their transfer targets before the start of the new MLS season next month.

Sky Sports News revealed yesterday that Celtic were looking to offload fringe players to trim the squad, as a matter of priority.