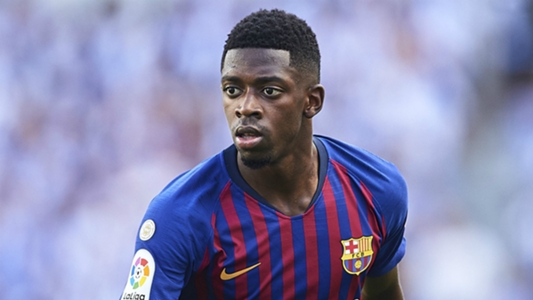 Victory in Eindhoven would see Barca finish top of Group B and earn a last-16 tie with a runner-up from one of the other groups.

Dembele came off the bench to score the equaliser for the Catalans in a 1-1 La Liga draw with Atletico Madrid on Saturday.

With Coutinho again available after missing the Atletico game and a shock defeat to Real Betis two weeks earlier, it was put to Valverde at a news conference on Tuesday that Dembele – who Goal reported has requested a transfer in January  – may be forced back down the pecking order.

“We’ll see about that,” responded Valverde. “Ousmane has been playing regularly, so there’s no reason why that definitely will be the case.

“We hope that the goal against Atletico helped Dembele. A goal gives confidence to any player and I have the feeling Dembele will always try to do his best when he comes out.

“Dembele is a player who has been playing regularly, from the bench or the start, and he has quality.

“When he comes off the bench he can change a game and that’s a quality that is undervalued in football. Not everybody has that quality.”

Barcelona have had to cope with a lengthy list of injuries this season, with Luis Suarez (knee), Rafinha (knee) and Sergi Roberto (hamstring) the latest to head to the treatment room.

And Valverde placed some of the blame on having so many players called away on international duty in the early part of the campaign.

“It’s not that we don’t want the players to go away with the national team, but it is something that we have to pay a price for and, in this case, several players’ injuries have coincided at the same time,” he added.

“Throughout the season there are casualties of all kinds, as we have played the last two games of the Champions League without Lionel Messi.

“In the previous match were cautious with Coutinho, but we think that he can play this time. We will see how Ivan [Rakitic] trains, but we are optimistic.”