?Mercifully there is just one week left of the Spanish transfer window, and mere days before some semblance of sweet relief from the near-hourly updates on the transfer saga to end all sagas: Neymar.

For style purposes I’m obliged to recap this summer’s happenings with the Brazilian, but I’ll keep it brief as the likelihood you’ve somehow stumbled onto an article about Neymar without following the gigabytes upon gigabytes of tedious click fodder these past weeks is pretty remote.

Anyway, Neymar ditched Barcelona for Paris Saint-Germain for €222m in 2017 but, like many disappointed Asian tourists, didn’t really take to the French capital. After two years of penalty fiascos, injuries, a fair amount of goals and domestic titles but (crucially) no Champions Leagues – PSG have now admitted Ney wants out, with ?Barcelona desperate to re-sign the one lover that spurned them. Meanwhile, ?Real Madrid are also in the mix because, well, of course they are. 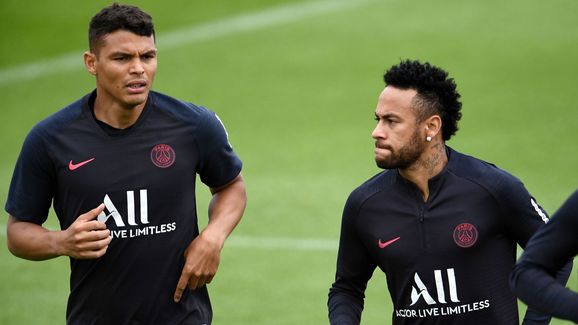 There have been reports of clandestine meetings, offers and counteroffers but no-one can/will stump up anything close to the €200m-ish that PSG want for Neymar so things are a bit complicated.

As recently as this weekend, ?one French ‘exclusive’ claimed that Barcelona have increased their bid for the superstar, whilst also offering out Ousmane Dembele to PSG on loan.

?Marca meanwhile have been tracking Neymar on social media in search of a scoop and got themselves one (sort of) by noticing how the Brazilian has liked posts by Antoine Griezmann and Sergi Roberto after their La Liga victory over Real Betis.

Make of that what you will…except it’s already pretty clear that Neymar wants to go back to Barcelona. Everyone keeps saying it.

Whether or not Neymar completes his journey to becoming the Prodigal Culé seemingly depends on what (or rather who) Barça can offer PSG in lieu of cash. The social media indications are unlikely to deter Real Madrid in any way, if indeed they do have serious designs on Neymar.

The Brazilian has been a pet project of Florentino Perez for some time and getting one over on the Catalans seems almost as important, if not more, than securing the right player for the team.

Despite promises from the PSG hierarchy to let Neymar rot in the reserves if he caused trouble, injuries to Edinson Cavani and Kylian Mbappe might force the Ligue 1 champions to resist a sale and meekly reintegrate the forward rather than rely on (checks notes)