?Neymar’s departure from Paris Saint-Germain is seeming like a more realistic prospect by the day, as a report from Spain has listed the multitude of reasons as to why the Brazilian wants out of the club this summer, including everything from tough-tackling opponents to the press.

The 27-year-old arrived in Paris for a fee near the £200m mark in 2017, seemingly intent on emerging from the shadow of Lionel Messi and Cristiano Ronaldo and cementing his status as a potential Ballon d’Or winner.

Despite maintaining his prolific form, however – scoring 51 goals in 58 appearances for the Ligue 1 champions – he has only seen his stock fall due to a combination of injuries, disciplinary issues and (most crucially) a lack of success in the Champions League, and reports surfaced this week suggesting that PSG ?would be open to selling. 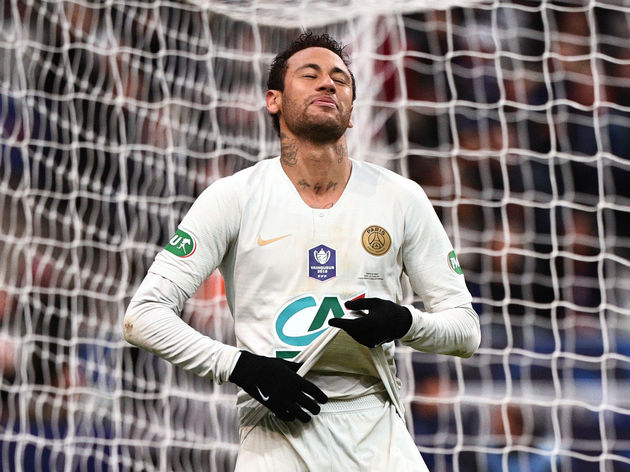 He is believed to be ?keen on a return to ?Barcelona, and ?SPORT claim to know why, citing sources near the player in explaining why he is so unhappy in the French capital.

They claim that the divided nature of the dressing room isn’t to Neymar’s tastes, while the harsh treatment he receives from opponents coupled with the lack of protection from referees add to a growing list of concerns.

He is also believed to be unhappy with the ‘unattractive competition’, feeling that playing to less than 20,000 people in some away games is beneath him, and leading him to the belief that PSG is a ‘small’ club not on the level of Barça. It is reported that he knew at the end of last season that he wanted to leave, but the final straw was the club’s poor run of form towards the end of the season, as they lost five of nine matches after Ligue 1 was sewn up.

His heart is now set on a return to Barca, it seems, with his relationship with Lionel Messi cited as one of the primary reasons there, and with ?Philippe Coutinho being heavily linked with a move in the other direction, it remains to be seen if a sensational deal could yet be done.

?Real Madrid have also been linked while Neymar has apparently been back in Catalonia, house hunting.