?Paris Saint-Germain are reportedly open to selling Neymar this summer, just two years after breaking the world record transfer fee to sign the Brazilian for £200m.

In truth, it has been two turbulent seasons from the forward, who was signed by the French club to help take them to the next level on the European stage. While domestically he has definitely shone (when not injured), PSG are no closer to delivering the ownership’s great aim: the Champions League.

Almost since the day he actually signed in Paris, Neymar has been linked with a move away again and now that move looks more likely than ever following thinly veiled ?comments from club president Nasser Al-Khelaifi. 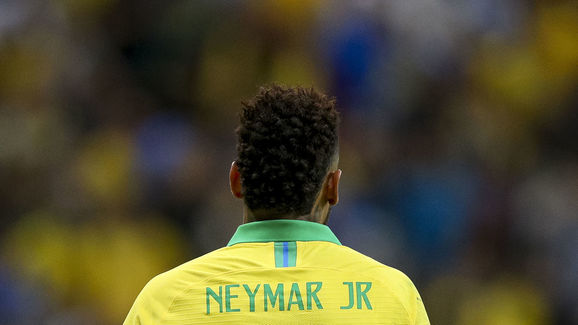 However, even if they do decide to ditch Project Neymar, the problem facing PSG is that there are so few clubs in the world that could afford Neymar, meaning their options to sell the Brazil international are limited.

Let’s take a look at the potential options for ?Neymar, PSG and his suitors and who would benefit most from each option. Ousmane Dembele was signed by Barça as a replacement for Neymar, but his fitness record, failure to deliver in the biggest games and his reported attitude problems…well, they make him the perfect replacement in many ways. But he has not lived up to the promise shown at Borussia Dortmund and this deal, which would see the Frenchman link up with former manager Thomas Tuchel, could be best for both parties.

Ivan Rakitic and Samuel Umtiti have been brilliant for Barcelona in previous seasons, but both have suffered a drop in form this year, with the latter only making 14 appearances in the 2018/19 campaign following a serious knee injury and has been ousted from the first team by Clement Lenglet.

Who would benefit more from this deal? This potential deal, reported by Globo Esporte, could work very well for both sides, but it could be argued that Barcelona would benefit more. Amid a of summer of change that could yet see Antoine Griezmann and Matthijs de Ligt join Frenkie de Jong in Catalonia, clearing the wage bill of three of the highest earners, who have not performed this season, could be a blessing in disguise.

Also, the opportunity to reunite the ‘MSN’ striking trio of Lionel Messi, Luis Suarez and Neymar could be too good to turn down. ?Yikes. It’s scary, but according to ?Marca, for any transfer involving a straight fee, PSG would be looking to recoup the full £200m they spent on him in 2017. Only a handful of clubs have spent this much in their entire history, but for this cash-up-front deal to go ahead, it looks as though big spenders ?Real Madrid would be the most likely destination.

The Brazilian has picked up knocks on and off the pitch in two testing years in France, but Paris Saint-Germain are adamant that he is still worth the same amount as in 2017.

Who would benefit more from this deal? Zinedine Zidane has already spent over €300m on ?Eden Hazard, Luka Jovic and co. already this summer, and the value in forking out an extra £200m (€220m) for Neymar seems questionable to say the least.

If this move were to go ahead, it would be PSG who can count themselves the luckier of the two. ?Los Blancos may struggle to fund the cash-only deal for Neymar, given the French club’s reported intention to recuperate the amount they paid for him in 2017. In order to acquire PSG’s Brazilian, they may be willing to let a Brazilian of their own go as a makeweight in the deal.

According to ?Marca, Madrid have identified PSG’s need for a player in Casemiro’s position since Thiago Motta’s retirement in 2018. For this reason, it is thought that they could significantly reduce the transfer fee required for Neymar and make the deal a lot more viable.

Who would benefit more from this deal? Whilst the likes of Cristiano Ronaldo, Gareth Bale and Luka Modric received the plaudits for Real Madrid’s four ?Champions League triumphs in five years, Casemiro’s importance during this period cannot be understated. Given the toxicity surrounding Neymar’s presence in Paris, any deal that sees him depart is likely to be a good one, particularly if PSG get the talented midfield enforcer they need in return. With ?Paul Pogba’s departure from ?United looking increasingly likely, ?The Mirror report that it could pave the way for Neymar to join the Red Devils.

Like most others, they will be reluctant to pay for the 27 year-old in cash, so Martial could be used in order to bring the price down. Aged just 23 and still a huge talent despite a couple of mixed years, the Frenchman would surely be welcomed by PSG and could work well with a manager like Tuchel.

Meanwhile, Neymar would become the poster boy for a new era United as they seek to get back to Europe’s top table. For arguably the world’s biggest club, the marriage of Neymar and United is another huge boon from a marketing perspective.

The elephant in the room is whether United’s inability to provide Champions League football next season would stop Neymar from wanting to make the move to the Premier League. Let’s face it, it probably would.

Who would benefit more from this deal? Ole Gunnar Solskjaer seems to be making a conscious effort to improve the attitude of his squad while looking for young, home-grown talent. Given Neymar’s cost and well-known temperamental problems, signing the Brazilian could undermine the Norwegian manager’s position at the club. PSG would probably get the better end of the stick in this deal.