?Paris Saint-Germain winger Neymar has arrived in Barcelona as part of the lengthy legal battle between the winger and his former side.

Neymar took La Blaugrana to court after claiming that he is still owed €18m which was supposed to be paid to him after renewing his contract, but Barcelona claim that he gave up the remaining fee when he agreed to move to PSG in 2017.

No settlement was ever reached, so the case went to court, and ?Mundo Deportivo captured ?Neymar arriving in Barcelona on Thursday.

The Brazilian winger took to ?Instagram to confirm he had arrived in Spain, posting a picture of him on a night out with ?Barcelona’s Arthur Melo and former Espanyol striker Leo Baptistao, among others.

It was not initially clear whether Neymar would actually be called upon in court, so his presence at a nightclub was not too much of a shock. Barcelona did not ask for his testimony, but the 27-year-old’s defence had the option to do so during the proceedings.

However, SER Catalunya’s ?Andrea Villoria noted that Neymar was nowhere to be seen on the morning of the trial. He is thought to have been parting at popular nightclub Sutton until 6am, so was clearly not needed in court.

The drama surrounding this unpaid bonus was an interesting subplot during the summer, in which Barcelona were desperate to bring Neymar back to Camp Nou. 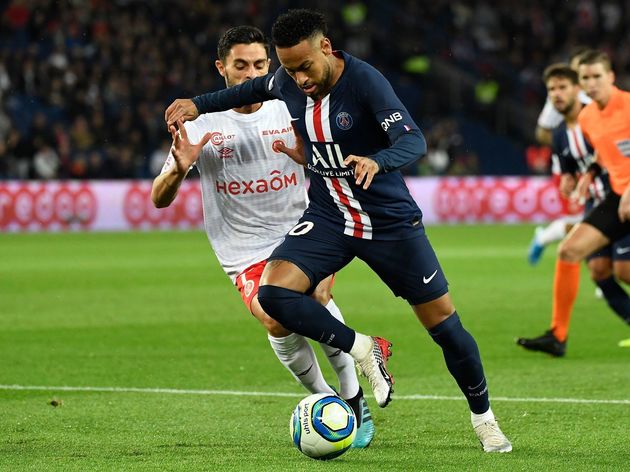 La Blaugrana did all they could to try and bring the winger back from PSG but, after spending heavily on both Antoine Griezmann and Frenkie de Jong, they simply could not put together an offer which met PSG’s asking price of over €200m.

As a result, he ended up staying in Paris, where he was subject to intense jeers from fans after a summer of trying to push for an exit, and it remains to be seen whether Barcelona will look to reignite their interest next summer.