Brazil coach Tite is ready to make some big changes to his starting line-up to face Australia on Tuesday, in a shuffle that will see David Luiz and Thiago Silva reunited for their country for the first time in almost two years.

The Selecao meet the Socceroos at Melbourne Cricket Ground in the second of their Chevrolet Brasil Global Tour double-header in Australia, four days after suffering a narrow 1-0 defeat to Argentina in front of over 95,000 people at the same venue.

On Sunday, the players returned to the Lakeside Stadium for training and worked with a starting line-up that included 8 changes from the team that face Argentina.

David Luiz will operate as a holding midfielder, replacing Fernandinho, and appears set to be charged with playing the first ball out of defence and dropping back at time to form a back-three.

Valencia’s Diego Alves is set for his first start in goal since November 2014, when Brazil saw off Austria 2-1 in a Brasil Global Tour match-up in Vienna. 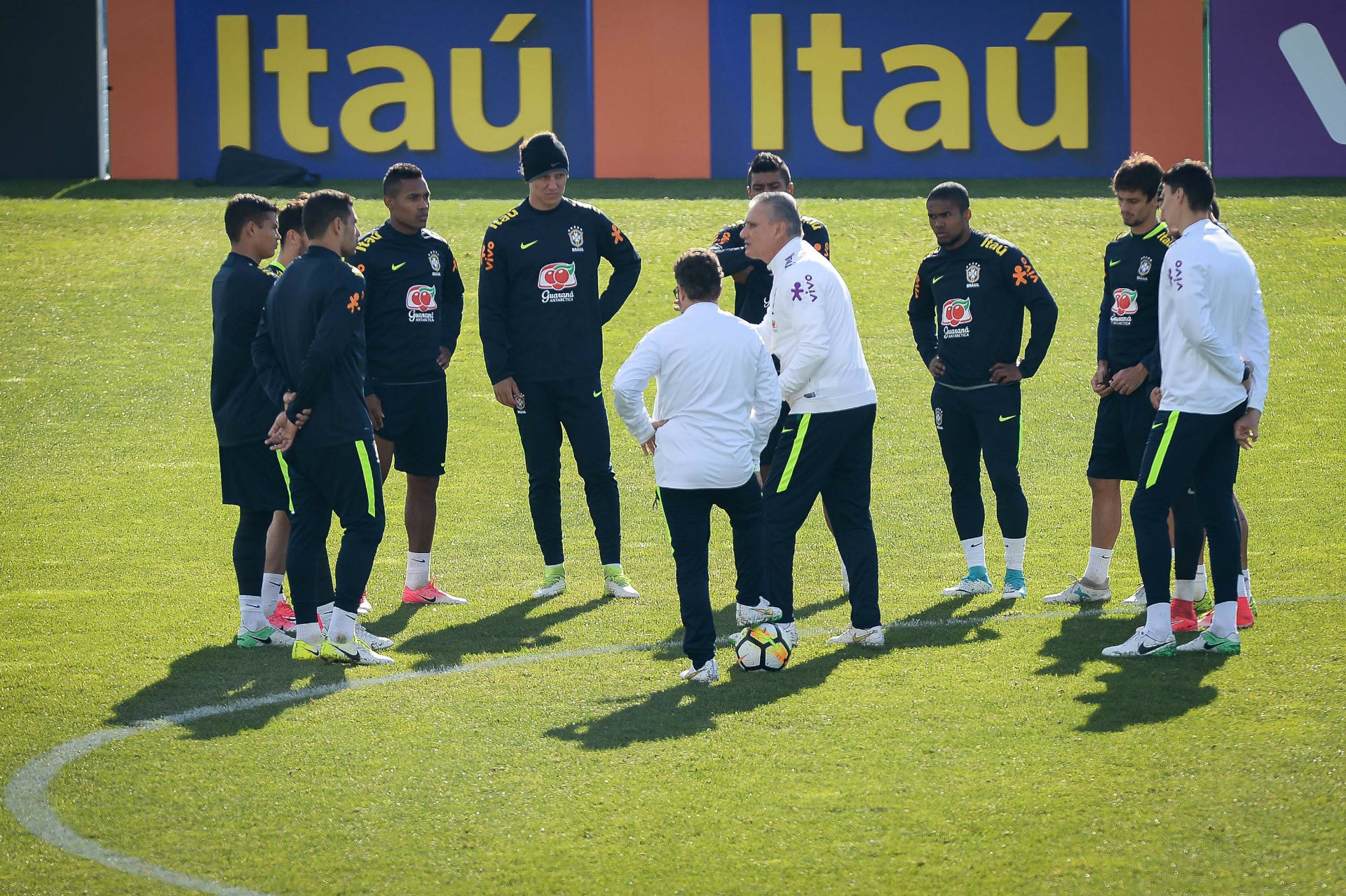 He has received his first call-up of the Tite era and has impressed goalkeeping coach Taffarel in training this week. Tuesday represents a huge chance for him with the goalkeeper position ostensibly the only one truly up for grabs, as regular first-choice Alisson has seen very little action for club Roma this season.

Bayern Munich’s Rafinha has been selected to start at right-back after impressing during his substitute performance against Argentina, while Rodrigo Caio will replace Gil at the heart of the defence.

Ahead of the trip to Australia, coach Tite told Brasil Global Tour he was considering deploying Coutinho in a different role, moving him deeper in the midfield where he has impressed with Liverpool.

Coutinho played in that role briefly against Argentina and looks set to start there against Australia, replacing Renato Augusto in the centre of a midfield two.

Giuliano and Douglas Costa will play wide, while Diego Souza will lead the attack as the lone centre-forward, replacing Gabriel Jesus after the Manchester City man suffered a facial fracture on Friday which has ruled him out.

Tite will stay true to his word by attempting to use the players in roles most familiar to them at club level, but has admitted concerns that the number of changes could severely disrupt the collective functionality of the side.