?Barcelona right back Nelson Semedo has been released from hospital after receiving a nasty head injury during his side’s 2-2 draw with Eibar on Sunday.

Semedo was removed from the game at half-time having clashed heads with Eibar centre back Paulo Oliveira in the 38th minute, but has now been discharged from a hospital in Bilbao having gone through thorough observation and testing.

The Portugal international has appeared 45 times in all competitions for ?Barcelona in the 2018/19 campaign and will be hoping to be involved in the Copa del Rey final against Valencia on Saturday. 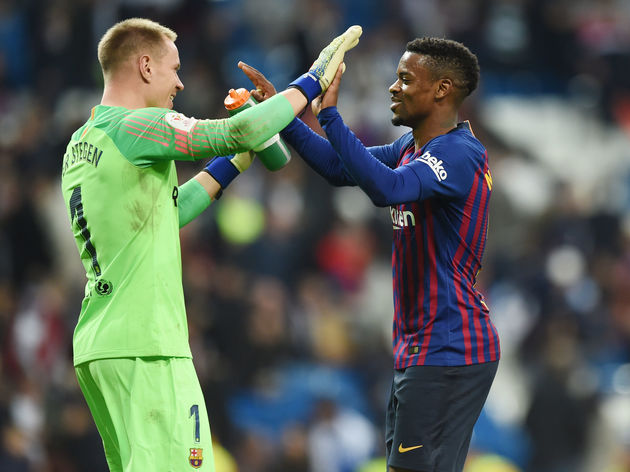 If Barcelona medical staff grant Semedo permission to play the final in accordance with head injury procedure, the 25-year-old could make his ninth Copa del Rey appearance of the season.

[INJURY NEWS]
Nélson Semedo has a head injury picked up in the game against Eibar. The player will remain overnight under observation in hospital in Bilbao. The player is expected to return to Barcelona tomorrow Monday. pic.twitter.com/wOVs7bcSwp

Semedo picked up the injury not long before half-time, but continued to play through to the break before being withdrawn from the match. In the end, his side were held to what was a ?frustrating 2-2 draw ahead of a huge fixture against Valencia this weekend.