?Manuel Neuer has insisted goalkeepers must ‘stick together’ following recent comments from Marc-Andre ter Stegen complaining about a lack of playing time with the German national team.

Despite featuring every week for Barcelona, Ter Stegen finds himself as second choice with Die Mannschaft, as stalwart Neuer is chosen ahead of his teammate by manager Joachim Löw. Despite making his Germany debut in 2012, since the 27-year-old has only made 22 appearances due to the immense form of his compatriot.

The most recent outing for the duo came during the recent international break, with the ?Bayern Munich stopper getting the nod over ?Ter Stegen in both the defeat to Netherlands and subsequent win over Northern Ireland. That prompted some questionable comments from the ?Blaugrana goalkeeper, who hinted at a potential exit from the national side if things didn’t improve.

“It drives me a bit mad. You give the best of yourself and you aren’t where you want to be,” he ?said. “I have established my priorities. I want to be successful and the big objective I have is to be the first choice keeper for my country.”

Those comments prompted a response from the more senior figure of Neuer, who insisted that his fellow countryman must think of the team in such instances, with unity the key to success no matter who plays in between the sticks.

“I think he’s a good keeper and he is performing well, but I’m not sure if that helps us,” Neuer told Sky, via ?Marca. 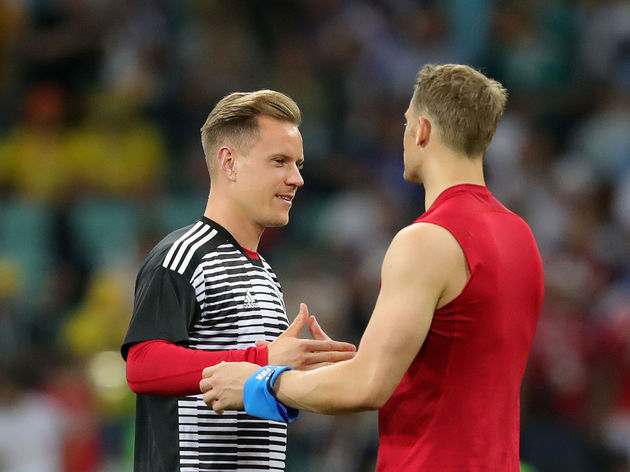