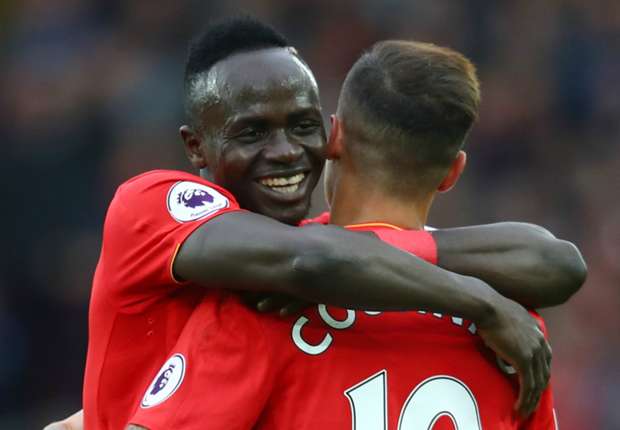 Sadio Mane is just as important to the Liverpool attack as the “exceptional” Philippe Coutinho, according to club legend Robbie Fowler.

Liverpool still in for Salah

Coutinho has been linked with a move to Barcelona on the back of a stellar season but Fowler – who scored 183 goals for Liverpool across two spells at the club – believes Mane is as crucial to his old club’s hopes of success.

“Liverpool are blessed with some absolutely unbelievable players,” Fowler told Omnisport. “If you look at the likes Coutinho and Mane, both stood out last year.

“Mane was probably the standout player and equally as important as Coutinho. Coutinho has had a wonderful two or three years where he’s been exceptional.

“He scores goals and he is the pinnacle of everything that is good with Liverpool, he’s exciting to watch. We like to think that we want the team to stay exciting and he’s massively important and we need him to be on top of his game as he has been.”

15 – Philippe Coutinho has scored 15 goals from outside the area since his @premierleague debut; more than any other player. Rocket. pic.twitter.com/UyKC0nsB03

Fowler insists Klopp must keep players such as Mane and Coutinho at Anfield if Liverpool are to win the league title for the first time since the 1989-90 campaign.

“We all know there’s a massive summer coming up,” added Fowler, who also played for Leeds United and Manchester City in the Premier League.

“I think this club needs and deserves to be playing there. The expectations every season will be very high, we want to do as well as we can.

“Last year the squad was not as strong as what we’d like as Liverpool supporters but I’m sure there’s going to be a few players added this year.

“It’s important that we keep the players that we’ve got and we add to the squad.”