Despite the widely publicised friction between Lionel Messi and the Barcelona board, Manchester City currently have no plans in place to move for the six-time Ballon d’Or winner, a source has told 90min. However, that will change if the player becomes available.

Months of simmering turmoil and disappointment on and off the pitch appeared to boil over earlier in the week, as Messi lashed out publicly against Barça sporting director and former teammate Eric Abidal for an interview in which he criticised the application of some players.

Normally reserved on internal matters, ?Messi’s pointed comments on his Instagram story came against a backdrop of frustration, which includes five years of failing to win the Champions League, coupled with poor planning and recruiting decisions.

? — Messi on Instagram: “Honestly I don’t like making such things, but I think everyone should be responsible of his own tasks and decisions. The players know what happens inside the pitch, and we’re also the first to admit whenever we do wrong.” [1/2] pic.twitter.com/MKlBkTu6tC

In particular, it is understood that Messi wanted Neymar to return to Camp Nou last summer – a request that ?Barça bosses only paid lip service to – while an injury crisis has left the club without a recognised ‘number nine’ for the rest of the 2019/20 season.

Following Messi’s outburst, it was suggested that ?Manchester City could capitalise on the forward’s situation, due to an unusual clause in the forward’s contract.

The 32-year-old – whose current contract expires in 2021 – has a stipulation that allows him to walk away from his deal for free at the end of each season. It’s the same agreement that was afforded to other club legends like Carles Puyol, Xavi and Andres Iniesta.

While recent reports eagerly suggested that City’s hierarchy of ex-Barcelona employees (Ferran Soriano, Txiki Begiristain and Pep Guardiola) has put them ?’at the front of the queue’ for Messi if he decides to take the option, 90min understands that, in reality, the reigning Premier League champions have no plan in place for a transfer and don’t view it as a realistic possibility. 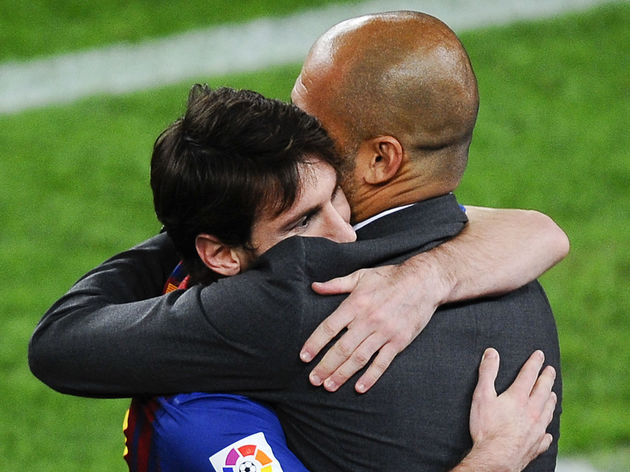 Messi has previously spoken of his desire to remain at Camp Nou for the rest of his career, while there have already been ‘clear-the-air’ talks between Barça’s talisman and Abidal following this week’s outburst.

Of course, if Messi does for whatever reason choose to leave Barça, whether at the end of his contract in 2021 or before, City would change their stance.

A stumbling block for any club looking to sign Messi would be his salary. Even without a transfer fee, the Argentine’s wage is near double any player currently in the Premier League, while his image rights, agents’ fees and bonuses would take any deal into the hundreds of millions.

Additionally, it is still unclear whether Messi’s ‘release clause’ actually applies to Barcelona’s direct competitors. Iniesta and Xavi both left for non-European clubs and there is a feeling that Messi would have to take a similar route to be afforded the same pathway out by the club. A report in ?The Athletic insists, however, that the clause does not apply only to non-European clubs.