Manchester City and Barcelona ‘are eyeing a move’ for Benfica star Ruben Dias, despite the fact that the Portuguese defender boasts an eye-watering £87m release clause in his long-term contract.

The 22-year-old is tied to the Liga NOS side until the summer of 2024, meaning the Eagles are in a strong position to hold out for the maximum transfer fee that ?their much-fancied centre-back could command. And after going from strength to strength with Benfica this season, Dias has caught the attention of European giants Manchester City and Barcelona, who are ‘eyeing a move’ for the defender this summer, according to Portuguese outlet Record (as cited by ?the Daily Mail).

?The Citizens have all-but failed in their attempts to defend the league title this season, and fingers have rightly been pointed at their struggles in recruiting a strong centre-back partner for Aymeric Laporte.

The Frenchman has since gone on to suffer long-term injuries of his own this campaign, making the central defensive role a priority for Pep Guardiola in the upcoming transfer market.

?Barça are also keen to bolster their backline alternatives, as rumours continue to swirl over the future of World Cup winner Samuel Umtiti, who has lost his place to Clement Lenglet in the starting lineup. 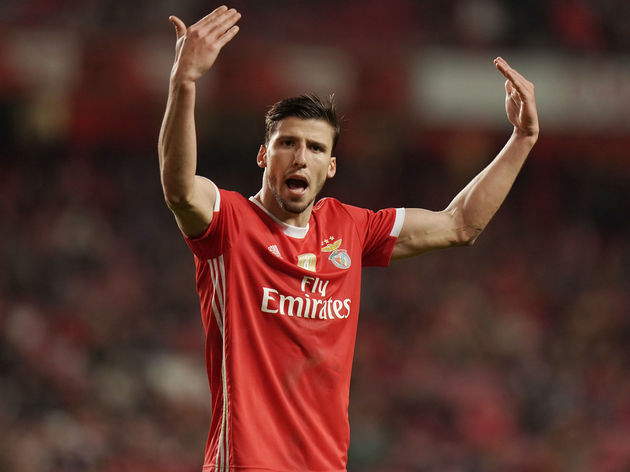 And la Blaugrana have been handed a boost in their pursuit of Dias, after super-agent Jorge Mendes offered his client to the Catalan giants.

But both sides must be prepared to get their cheque books out if they want to sign the defender, as Benfica president Luís Filipe Vieira has no intention of letting his star asset leave for a cut price.

Vieira is very aware of the financial impact that the coronavirus outbreak has had on European football, and he is desperate to get maximum value for his superstar during these uncertain and precarious times.

And with Dias’ current deal containing a whopping £87m release clause, Man City and Barça must be prepared to spend big for this commanding and exciting centre-back.