Luke Shaw’s unfortunate early own goal was enough for to hand a limp Barcelona side a narrow 1-0 win against a battling Manchester United in the first leg of their Champions League quarter final tie at Old Trafford.

The first real opportunity of the match brought about it’s first goal, as Lionel Messi was found in behind the United backline, before lofting a ball for Luis Suarez to heading goalwards via the unfortunate Luke Shaw’s shoulder. Having been initially ruled out for offside, VAR intervened for all the right reasons, and correctly reversed the decision.

8 – No team has scored more own goals in Champions League history than Manchester United, with Luke Shaw’s tonight their eighth in the competition. Hapless. #MUNBAR

United grew into the game as the half wore on, with mistakes beginning to creep into the ?Barca defence. However, it was ?David de Gea who was drawn into action again, saving sharply with his feet from Philippe Coutinho’s low drive.

Prior to that, the Red Devils had their best chance of the half, but Diogo Dalot completely misjudged the flight of Ashley Young’s cross, angling a header painfully wide. Nevertheless, United will be pleased with their performance against a much fancied Barça side, and that will give them confidence of completing another dramatic Champions League turnaround.

Having conceded so early on after a bright opening from the visitors, Ole Gunnar Solskjaer will have been pleased with how his side grew into the game as the half wore on. 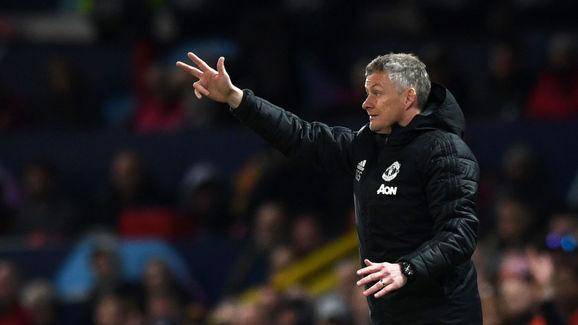 Belief grew into United as their hounding of the Barca back four drew mistakes from ?Gerard Pique and Clement Lenglet, demonstrating a game plan built around pressing at the right moment.

The desire and willingness to attack hadn’t faded going into the second half, but a series of poor deliveries prevented them from testing Ter Stegen.

Solskjaer introduced Anthony Martial and Jesse Lingard in the hopes of finding someone who could deliver the killer ball, but the changes didn’t have the desired effect.

Barça stood firm for the remainder of the game, but the United faithful may still garner hopes of another stunning comeback. On the right hand side of the midfield three, McTominay gave his manager something to think about with an industrious display at Old Trafford. The Scot was fearless in possession, composed in the face of Barca’s forward line and taking on what his manager asked with total dedication. His pressing work alongside Fred was the foundation of United’s game, and the partnership he formed with the Brazilian could well be seen more often heading into next season.

Start on the front foot, grab an early goal, dominate possession and finish them off late on. Generally the game plan for Barcelona away from home in the Champions League reads something like that.

Luke Shaw’s own goal separates the teams at the interval in the #UCL quarter-final first-leg. pic.twitter.com/pAkfTx3cvF

They were accomplishing three of the first four objectives until midway through the first half, before seemingly taking their foot off the pedal after 15 minutes and inviting United back into the game.

Uncharacteristic errors in the first half were followed by a less than convincing second half display,

Rarely have we seen a Blaugrana side so sloppy in possession, particularly in the first half, yet a player not culpable and able to play his side out of trouble was Semedo.

His energy to maraud up and down the right hand side is unrivalled, and the Portuguese’s calmness under pressure was superb. 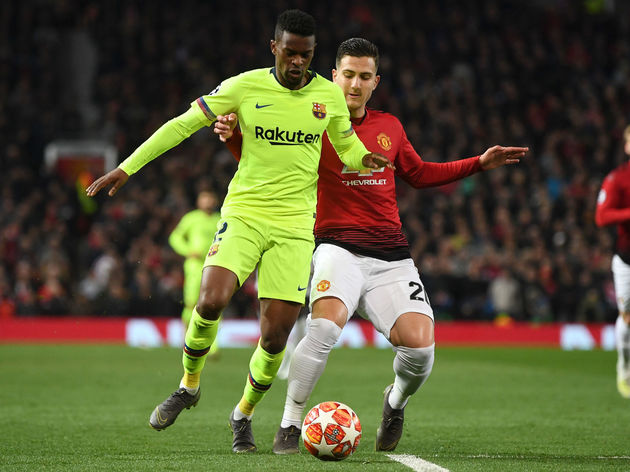 Manchester United return to ?Premier League action on Saturday, when they will resume their push for a top four finish when they take on West Ham at Old Trafford.

For Barcelona, another away trip faces them as they travel to bottom of the table Huesca in La Liga.