The 23-year-old enjoyed a clean sweep at the club’s awards ceremony, but he now has the chance to win a first trophy with the Reds in the Europa League final

There were times, as a futsal aficionado in Brazil and then especially as a weighty teenage investment at Inter, when Philippe Coutinho wondered whether he was really cut out for football and if all the sacrifices had been worth it.

As an 18-year-old, he was declared “the future” of the Italian side who recruited him from Vasco, with his parents moving from South America to join their son on his European expeditition. 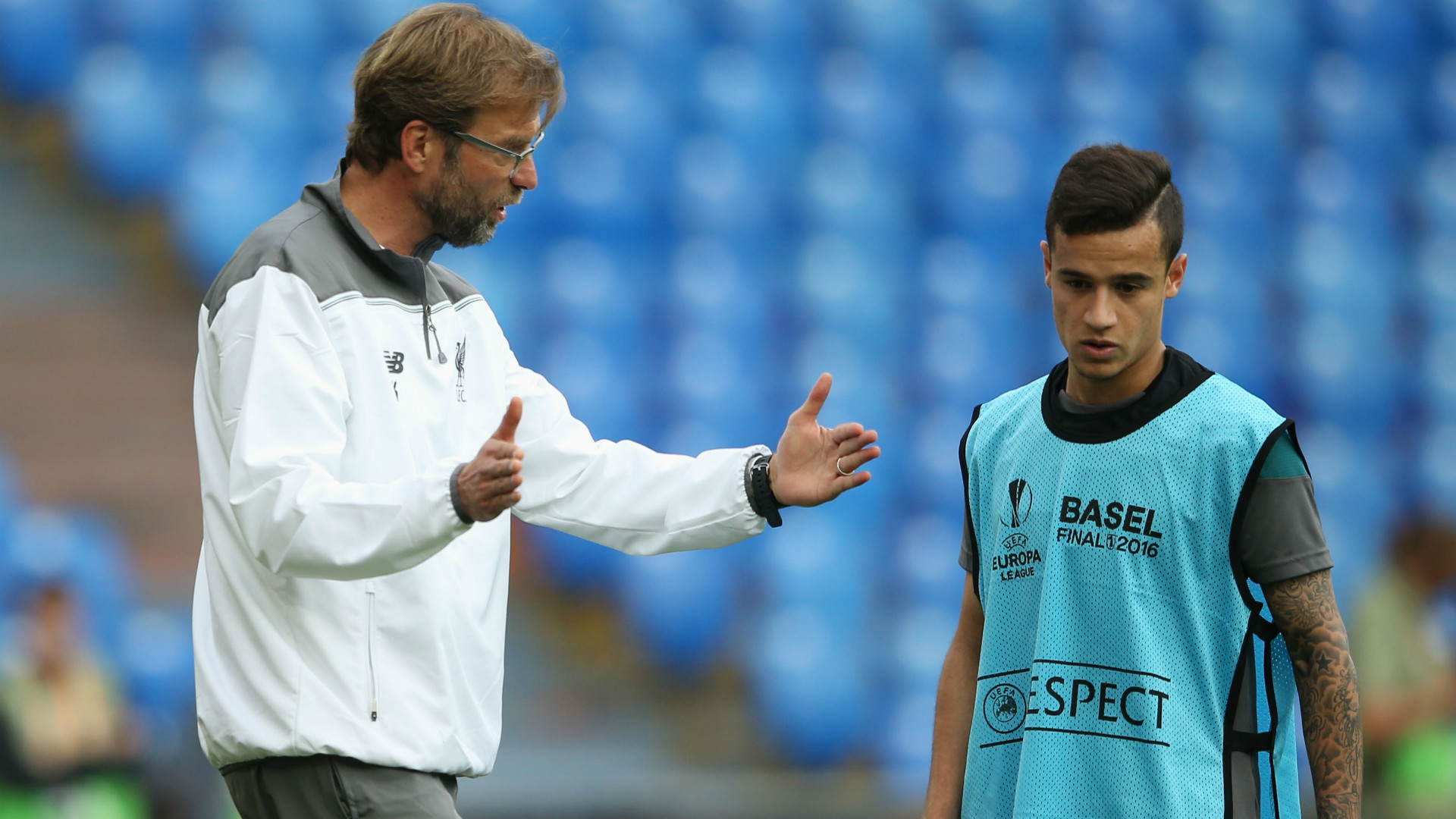 Coutinho’s father painfully had to quit his job, and his mother was terribly homesick as neither could pick up the language nor get accustomed to a completely alien culture.

They eventually returned to Rio de Janeiro.  Aine, his then girlfriend and now wife and mother of his five-month old daughter, left everything behind at 17 to support the playmaker’s career.

He suffered multiple injuries at Inter and was never guaranteed a start, so the question marks he had over his path were understandable. But when the 23-year-old lines up for the Europa League final against Sevilla at St Jakob-Park on Wednesday, there will be no doubts – only another occasion to push himself and Liverpool to greater heights. 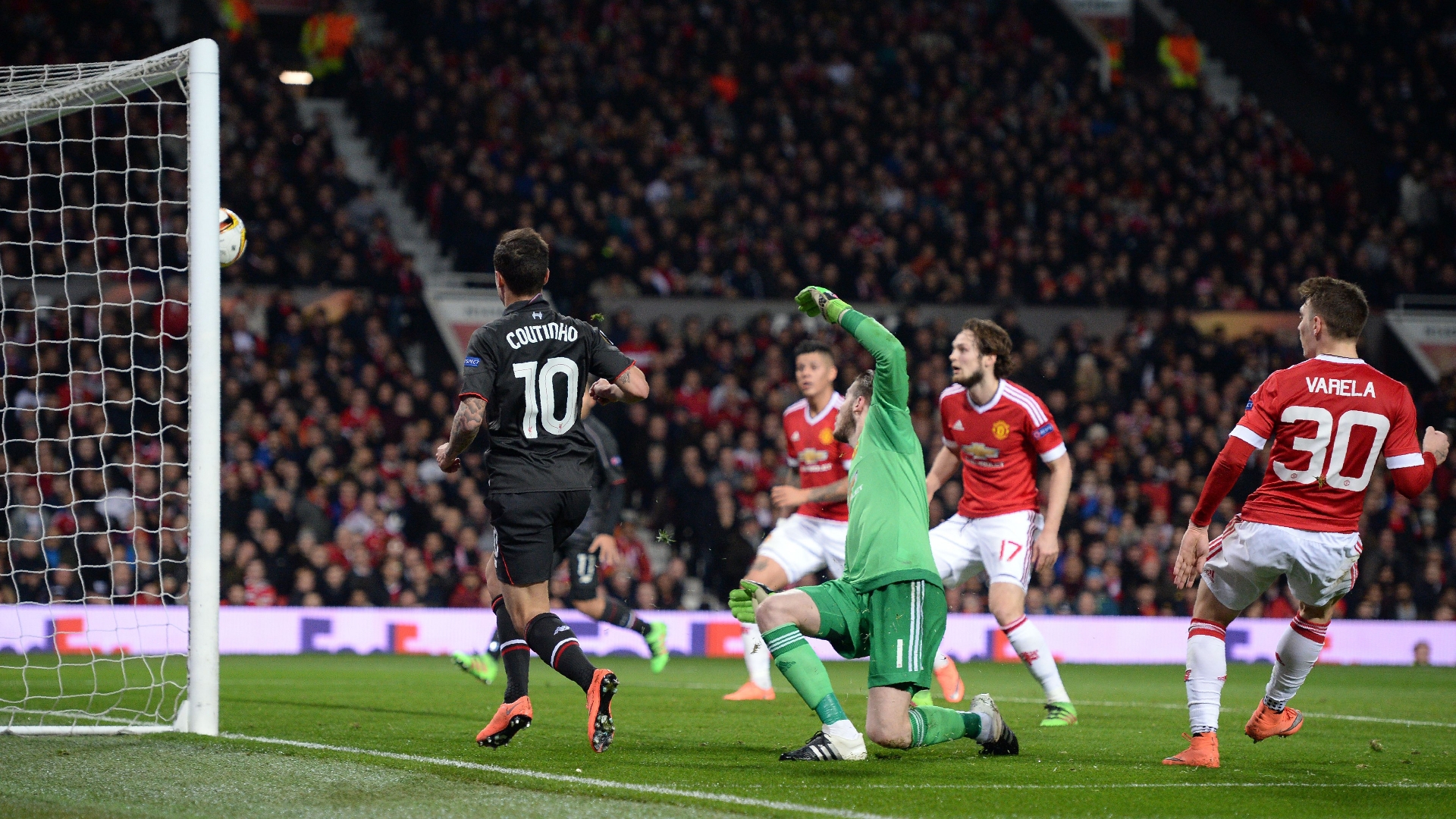 Coutinho, signed for a steal of £8.5 million in January 2013, has certified himself as the club’s big-game player: scoring in both trips to Wembley over the past two seasons, netting the decisive strike in the last 16 to eliminate Manchester United from the continental competition, as well as getting the second in the astounding 4-3 comeback victory over Borussia Dortmund in the quarter-final at Anfield.

He missed his spot-kick in the League Cup shootout defeat to Manchester City at the end of February, but it was his goal that allowed the club to even force the game to penalties under the arch of the national stadium.

CLEAN SWEEP! Phil Coutinho is #LFC Player of the Season, his fourth award of the night – the same tally as last year pic.twitter.com/AyOIfus2qz

Coutinho is Liverpool’s joint-top scorer with 12 in the campaign, and as the Reds look to conjure something special in their 12th European showpiece in Basel, they will again turn to ‘O Magico’.

Last week, he scooped four awards at the club’s annual ceremony, including Player of the Season and Players’ Player of the Season. It mirrored the haul he collected in 2014-15, when Steven Gerrard handed over the accolades and stated: “I’m privileged to share a dressing room with him. He’s the next big thing for me.

Gerrard’s second wish is exactly what Coutinho will aim to start achieving at St Jakob-Park, where he can close off another impressive personal campaign with team honours. His individual prizes at Liverpool number double figures, but he is yet to lift a collective one.

The Reds have come close – ‘hitting the post’ as per the Brazilian saying – in the 2013-14 title race, the 2015 FA Cup and League Cup as well as this season’s edition of the latter. 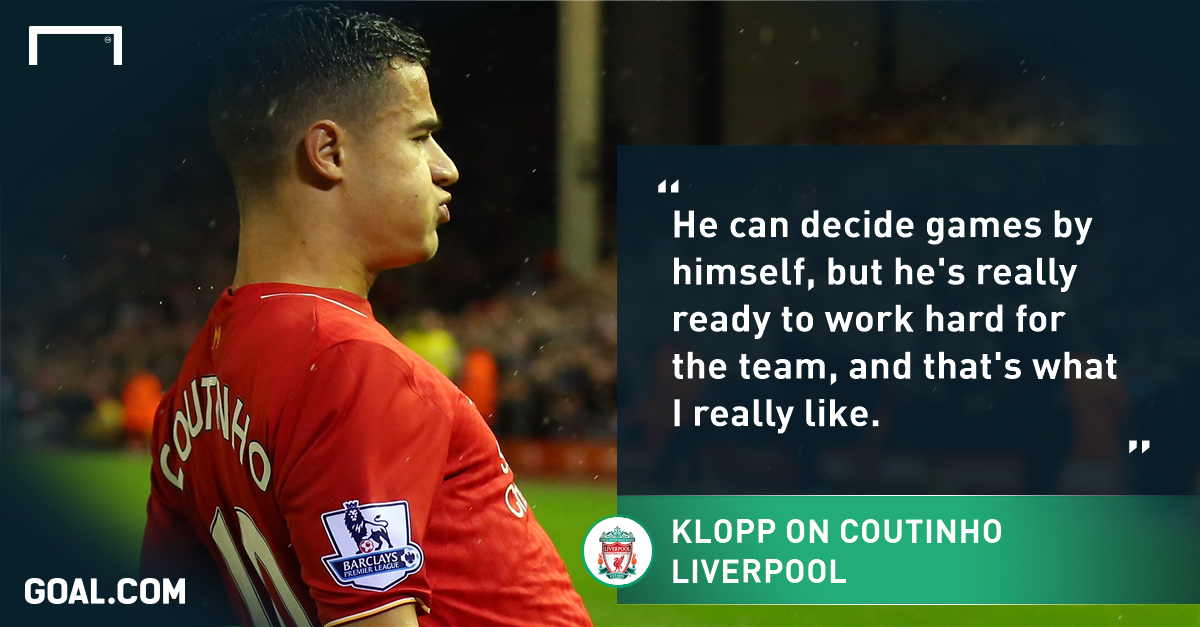 At the club’s 2016-17 New Balance kit launch in front of the majestic Liver Building last Monday, kids wearing his name on the back of their shirts implored Coutinho to sign autographs, before telling the Rio-born star they backed him to break that sequence of near-misses against Sevilla.

A little boy, no older than eight, tugged on the attacker’s tattooed arm and simply said: “I believe we can do it because of you. Bring home the Cup.”

Coutinho would love nothing more.

“A win would be fantastic for me,” he admitted.

“I have enjoyed the season and it would make it really special, yes. But for the entire squad, too.

“We would end the season on a high and be in the Champions League, of course. That is important for the club and for the players too – Liverpool is a club that needs to be at the highest level.”

The virtuoso who grew up in the shadow of the iconic Maracana Stadium is just the player to help them get there.