Luis Suarez has revealed a lasting affection for his old club Liverpool, but insisted ?all friendships will be left off the pitch as he seeks to knock the Reds out of the Champions League.

Suarez’s Barcelona take on Liverpool at Camp Nou for the first leg of their Champions League semi-final on Wednesday, before returning to Anfield for the first time as an opposing player on 7th May.

The Uruguayan striker spent three and a half seasons at ?Liverpool, after signing from Ajax in 2011. His time in the ?Premier League saw him emerge as a global star as he won the PFA Player of the Year and FWA Footballer of the Year awards, as well as the Golden Boot in 2014. Now 32, ?Suarez may only have won the League Cup at Liverpool in comparison to three (soon four) La Liga titles and the Champions League at Barcelona, but he still has a strong affection for the club that helped make him.

Speaking to the ?Daily Mail, ahead of ?Barcelona’s tie next week, Suarez said: “

However, the forward also insisted that sentimentality would not get in the way of his desire to make another final. “I’ll defend the colours of Barcelona with all the pride in the world.”

In a separate interview with the ?Guardian, Suarez expanded on his time at Anfield and happiness at being able to return to see old faces. He even revealed that the Melwood canteen lady has been messaging him ahead of his visit. 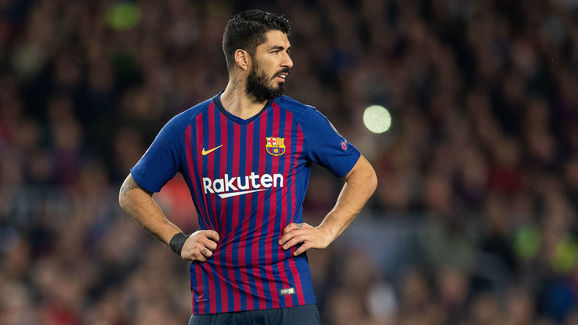 “It’s going to be a strange feeling but lovely, too. I saw Carra [Jamie Carragher] at Old Trafford and he was excited. Jordan [Henderson] is still there; some friends of his came for the Clásico.

“It’ll be nice to see the staff, like Ray [Haughton], who used to handle everything. And I’ve been getting messages from the lady in the canteen [at Melwood]; she wants to see the kids: she’d always look after Delfi [his daughter Delfina], taking her into the kitchen with her. It’ll be nice to go back.”

Suarez also commented on Liverpool’s incredible title challenge this season, admitting this team is far better than the squad of 2014, who came so close to lifting the Reds’ first Premier League title.

Luis Suárez: “Any player would like to go to Liverpool now; it was different then. If we’d won the league, I think it would have had been an even bigger achievement than if this team do.” pic.twitter.com/61BIjH2maZ

He added: “I understand what they’re going through and it can’t be easy but I think with us it was different because it was: ‘now or never’, a one-off. When I was there, it was very different. We were on the verge of the Premier League with a squad nowhere near as good.
?
?”They didn’t spend as much as they’re doing now. Any player would like to go to Liverpool now; it was different then. If we’d won the league, I think it would have been an even bigger achievement than if this team do.”