?Luis Suarez is the latest Barcelona star to reflect on the horror of the Champions League semi-final defeat to Liverpool last month, calling the shock 4-0 reverse at Anfield the ‘worst moment’ of his life.

Suarez, who left Liverpool to join Barcelona in 2014, scored in the first leg as Barcelona defeated the Reds 3-0 at Camp Nou as the Spanish champions appeared to be cruising towards the final.

The Uruguayan striker celebrated his goal against his old club, but (now infamously) insisted he wouldn’t in the return leg at Anfield. As it turned out, he never got the chance as ?Liverpool stunned the world of football with a 4-0 win, courtesy of doubles from Divock Origi and Gini Wijnaldum, to overturn the deficit.

Jurgen Klopp’s side went on to win the final against Tottenham in Madrid, while ?Barcelona were left reeling, with many fans calling for the head (mostly figuratively) of manager Ernesto Valverde.

?Lionel Messi and Gerard Pique both spoke on the devastation following the game at Anfield, with the latter suggesting that the ?loss contributed to Barça’s subsequent defeat in the Copa del Rey final to Valencia. 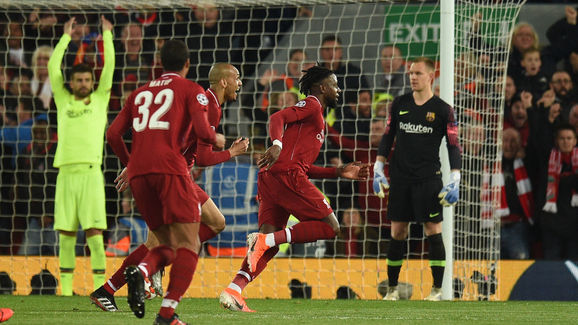 Suarez, speaking ahead of the Copa America (as quoted by the Liverpool Echo) said: “The days after back in Barcelona were the worst moments of my life and career along with the 2014 World Cup, I wanted to disappear from the world.

Like most fans, Suarez also admitted he didn’t see the comeback, since dubbed the Redmontada, coming and revealed the post-match atmosphere in the away dressing room.

He said: “I didn’t see it [the comeback] because we are Barcelona and we thought we’d have two or three chances to score, but we became nervous, we gave stupid passes away, we didn’t show the right attitude.

“When the first goal came we didn’t know how to react, we knew we had really messed up. After the game in the dressing room no-one could say anything, there was sadness, bitterness and disappointment because we knew we’d given an awful image.”??

?Klopp called the Liverpool players ‘mentality monsters’ after the game which became the defining moment in the Reds’ run to their sixth European Cup.