An adductor problem kept Coutinho out of the 3-0 Premier League win over Huddersfield Town on Saturday, while Lovren was forced to withdraw from the starting XI moments before kick-off due to a thigh concern.

The centre-back was heavily criticised for his performance in the 4-1 loss to Tottenham and revealed on Instagram his family had been the target of a death threat in recent days , prompting suggestions he could be rested for Maribor’s visit to Anfield.

But Klopp, who will speak to Lovren about the message aimed at his family, hopes to have both in the squad for a key game in Group E, provided they can come through training on Wednesday unscathed.

“I am not 100 per cent sure. They are both much better but whether they will be ready, I don’t know at this moment,” Klopp told a news conference.

“We have to see. We have a [training] session at 5pm and we will see who will be involved. I hope for both.

“If they will not train, especially in Dejan’s case, that does not mean he cannot play. In Dejan’s case if he could train tonight [Tuesday] and tomorrow, that would be enough. 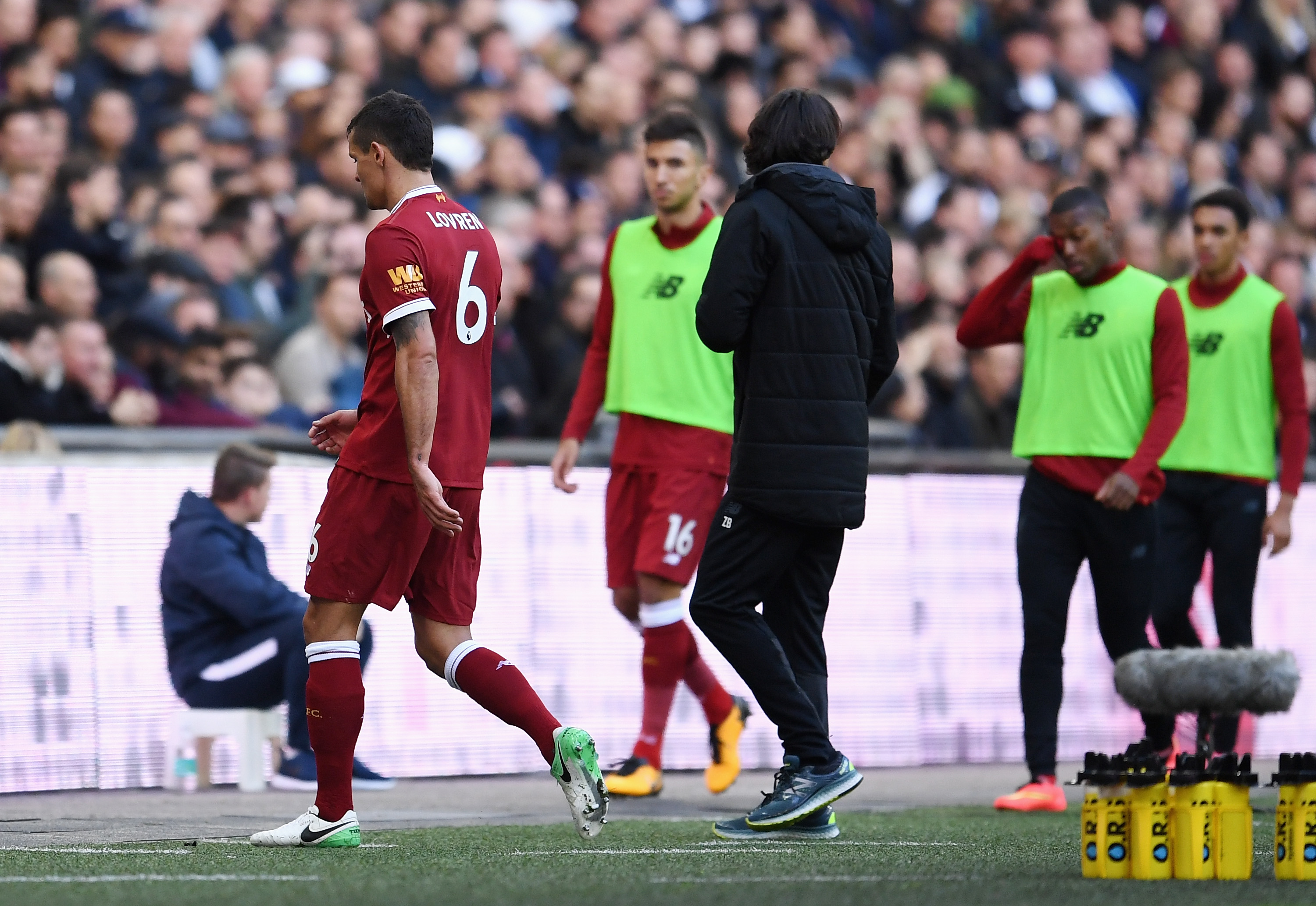 “We have a few little things, Alberto [Moreno] had a cramp, Joe [Gomez] felt [something] a little bit. So we were really careful in the last few days.

“If a player is playing, then he must be at 100 per cent. I will speak to the medical department. I don’t think about rotation, I think about a 100 per cent spot-on team.”

Klopp also confirmed Sadio Mane and Adam Lallana are making good progress in their recovery from injury, although he does not expect either to return this week.

Mane has been out with a hamstring injury since the beginning of the month and England midfielder Lallana has yet to play this season after injuring his thigh in August.

“It looks good. Sadio had this morning a clearing session before he returns to training,” he said. “Now he’s not in the squad so [Wednesday] is a down day, then on Thursday he should be in training.

“Adam will be part of team training in the international break. Both of them are in a good way, but not good enough to involve them tomorrow or at West Ham.”

Liverpool recorded an emphatic 7-0 win over Maribor in the reverse fixture and another win this week would put them in a strong position to qualify for the last 16.

But Klopp insists he will not take anything for granted, despite the easy nature of their meeting in Slovenia.

“I have had too many football games in my life to feel relaxed before a game like this. If we win it 1-0, I’m fine. We want three points, a clean sheet and a better position,” he added.