De Ligt’s starring role in Ajax’s run to within a few seconds of the Champions League final has seen the young Dutchman linked with most of Europe’s best and richest clubs this season. 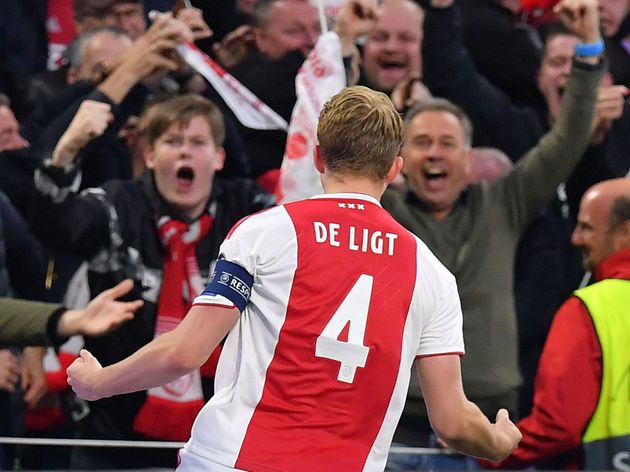 Barcelona have long been seen as the favourites to strike a deal after already completing an €86m deal for teammate Frenkie de Jong. But the likes of Juventus, Real Madrid, Manchester City and Manchester United have all been mentioned as suitors at one point or another.

Liverpool also had also been credited with alleged interest, with the idea of De Ligt partnering international colleague Virgil van Dijk in defence a mouth watering prospect to fans.

The speculation of a potential move to Anfield was even accelerated when a claim attributed to author and Spanish football writer Guillem Balague suggested Liverpool have ‘been talking’ with De Ligt ahead of potentially making a more formal approach. However, the popular James Pearce of the Liverpool Echo has now quickly moved to quash such rumours, explaining that there is no truth to the claims of any negotiations, adding that Liverpool ‘are not trying to secure the services of De Ligt’.

The point is made that manager Jurgen Klopp is ‘happy’ with his existing centre-back options ahead of next season – Joel Matip, Joe Gomez, Dejan Lovren in addition to Van Dijk – and therefore ‘isn’t looking to strengthen’ that part of the squad ahead of the 2019/20 campaign.

For the latest on where De Ligt might actually be going, Sky Sports have waded in to claim that he is ‘set to join’ Barcelona this summer, which is where most had expected him to go anyway.

What a few days it’s been for him. First he’s included in a massively fake Roy Keane quote that everyone believed, and now this.

De Light would join a healthy centre-back stable containing Gerard Pique, Clement Lenglet and Samuel Umtiti, with 19-year-old Jean-Clair Todibo a potential candidate to spend next season out on loan and Thomas Vermaelen expected to leave Camp Nou this summer.