?Liverpool are not interested in bringing former fan favourite Philippe Coutinho back to Anfield, as uncertainty surrounding his Barcelona future mounts.

The Brazilian playmaker finally forced through his dream move to Camp Nou from Merseyside in 2018, but things have not quite gone to plan.

After an underwhelming debut campaign, Coutinho was shipped out on loan to Bayern Munich, and Barcelona are poised to offload their 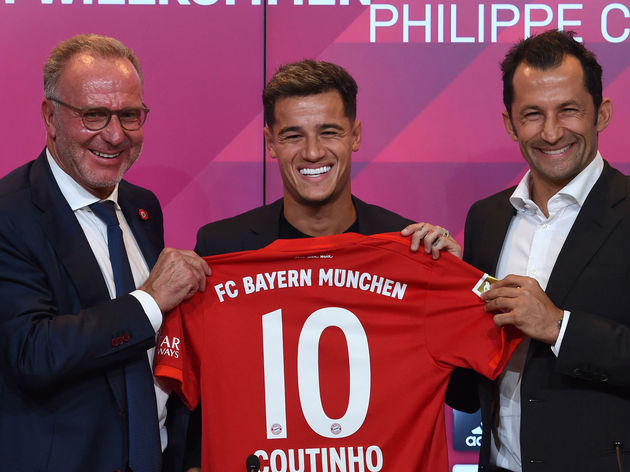 According to ?the Mirror, Barcelona will let the 27-year-old leave in the summer, but Bayern, who can sign Coutinho on a permanent deal for Liverpool won’t move for him either.

Coutinho has reportedly admitted to friends that he made a mistake by ensuring he left Liverpool for ?Barcelona.

The report states that Liverpool have told the midfielder’s advisors that they have ‘zero’ interest in bringing their former player back to Anfield, with his age the biggest sticking point.

Coutinho will be 28 when the transfer window opens, and this is too old for Liverpool to consider paying a sum in excess of £100m for.

He would require a four-year deal and would have little sell on value, and this does not appeal to the Reds’ stringent transfer policy.

Coutinho will have to look elsewhere to resurrect his career, and according to the Mirror, Liverpool’s Premier League rivals ?Manchester United and ?Tottenham are both interested in bringing the Brazilian back to English football. While the player’s age is not an issue for either club (or so it says), the lofty transfer fee would be.

Although they are in the market to bolster their attacking midfield options, United would not touch Coutinho with such a staggering transfer fee on his head, while typical thrifty Spurs would look to ‘drive a hard bargain’.