Those at Anfield spent much of the summer knocking back offers from Camp Nou for their Brazilian playmaker.

Having tied Coutinto to fresh terms in January, Liverpool refused to waver in their stance that the 25-year-old was going nowhere.

Lucas, who left Merseyside for Lazio during the last transfer window, believes the Reds were right to snub Barca as a club of their stature should be buying the world’s best talent, not selling it.

The 30-year-old midfielder, who spent 10 years at Anfield, told Goal: “Liverpool is not a seller, Liverpool is a buyer. That’s basically it.

“It’s obvious that every club ends up selling some great players, but at Liverpool that’s not so natural.”

While Liverpool stubbornly refused to part with Coutinho, they were prepared to let Lucas head for Italy. 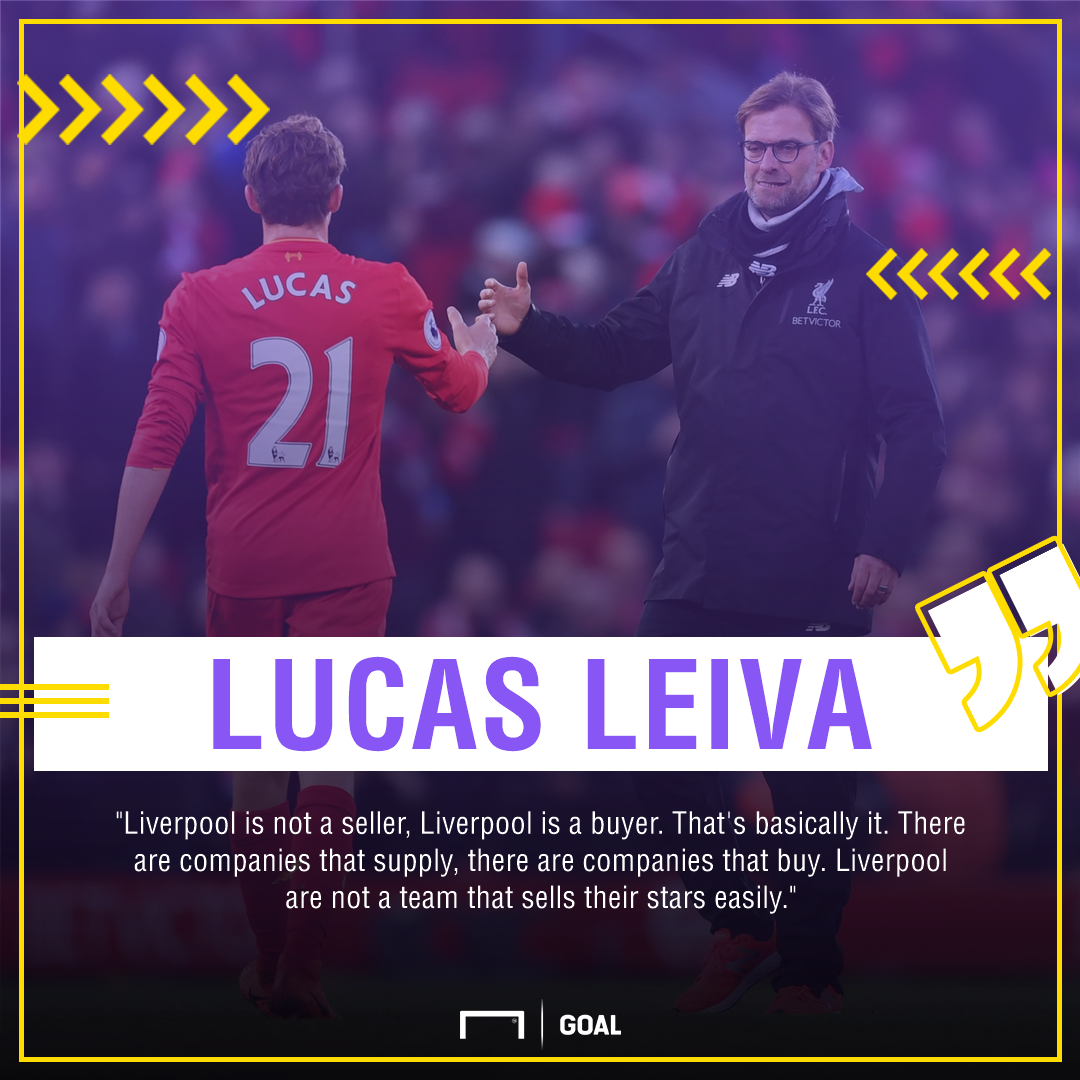 He departed having made 346 appearances for the club and admits that he received several other offers before taking the tough decision to open a new chapter in his career.

“I did not leave earlier because there was no agreement between the three parties involved, Liverpool, the club concerned and myself,” added a man with 24 caps for Brazil.

“I had opportunities to go to Turkey, others even to Italy, but my relationship with Liverpool was always very strong, so everything was always done by mutual agreement, there was never a fight or impasse.

“Now, with the possibility of Lazio, the conversation lasted only five minutes. It was my time to leave, it was good for everyone. Liverpool understood and realised that I deserved a new challenge.”

Lucas endured a testing opening to his time in England, but recovered to leave as a cult hero.

On his standing at Anfield, the versatile star added: “I do not know if I am an idol, it’s very complicated.

“If you talk to any fan of Liverpool, you will hear different opinions regarding Lucas the player, but Lucas the man will always be analysed in the same way, everyone will say that I gave my best for the shirt. The image left behind was very positive.”

Lucas has helped Lazio to make a positive start to the 2017-18 campaign, with the Rome-based club currently fourth in Serie A ahead of a return to domestic action on Saturday with a trip to defending champions Juventus.