?Barcelona are set to open negotiations with Lionel Messi over a new contract which could see the Argentine remain at Camp Nou until 2023.

Messi’s current deal expires in 2021, and he has made no secret of the fact that he would like to spend his entire career with the La Liga giants. 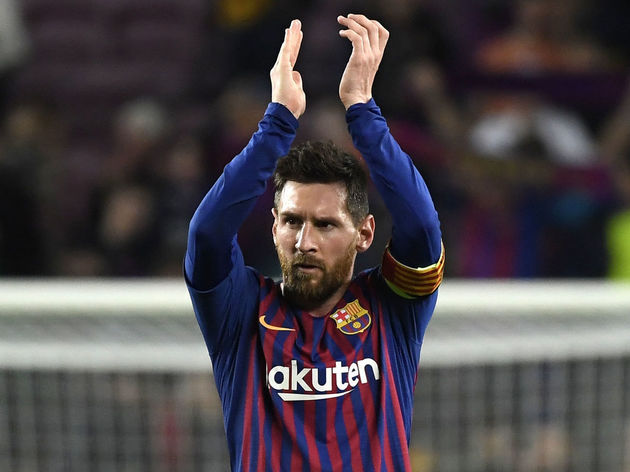 ?Barcelona seemingly want the same, as ?ESPN claim that they will soon meet with ?Messi to discuss offering him a new four-year deal which would see him remain at the club until he is 36 years old.

The club have the option to extend Messi’s contract by a further year, but president Josep Maria Bartomeu wants to reward Messi with an entirely new contract as he nears the end of his illustrious career.

While Messi is believed to be keen on seeing his worth to the side rewarded financially, he is incredibly interested to hear what Bartomeu has planned for the squad as a whole. He wants to see how club officials plan to keep them amongst the world’s elite as they pursue ?Champions League glory once again.

This is not expected to be a problem for Bartomeu, who has proven to be incredibly determined to keep improving the squad through the signings of Frenkie de Jong and Antoine Griezmann this summer.

He recently admitted his desire to see Messi remain in Barcelona ‘?forever’, and it is thought that a new four-year contract is just the first step in securing Messi’s long-term future with the Blaugrana.

Since making his debut for the club back in 2003, Messi has racked up an incredible 603 goals and 242 assists in just 687 games, and that form has seen him pick up an unprecedented five Ballon d’Or awards. The 32-year-old has won countless trophies with Barcelona, including ten ?La Liga titles alongside four Champions League wins. However, having not lifted Europe’s premier trophy since 2015, it is thought that that is one of his main goals for the immediate future.