Lionel Messi is number 1 in 90min’s Top 20 Greatest Footballers of the Decade series. Follow the rest of the series over the course of the next week.

Lionel Messi. The name is enough to send shockwaves through the system, the blurry images flashing through the brain enough to make you question everything you thought you knew about physics. About movement. About the difference between solids, liquids and gasses. About life.

For he is unquestionable. At least he hasn’t been for some time. But it wasn’t always that way.

We’ve all heard about the growth hormone issues, the ‘he’s too small’ admonishments from coaches and the subsequent hesitancy from Newell’s Old Boys and River Plate to fund the treatment. It’s well documented. But that doesn’t make it any stranger.

Now, I do not have a tape measure nor a time machine to reveal just how tall the Argentine was at these various stages of his stunted development, but I do know that – at this time – he stands at a full two inches taller than a certain Diego Maradona, at least in the annals of Wikipedia.

Sure, the treatment obviously helped, but all I’m saying is that small players from Argentina…they’ve worked out okay before.

And yet, as a little boy, Maradona was a national sensation, juggling oranges and bottles with his feet during breaks in broadcast games*, and quickly became known by such nicknames as ‘El Pibe de Oro’ (The Golden Boy) and ‘Cosmico’ (you get it), while Messi was stuck with ‘La Pulga’. ‘The Flea’. Not quite the same, is it.

Clearly, Argentina wasn’t quite ready for another Maradona. But – surprisingly, given his so-so exploits at the Nou Camp – Barcelona were.

[*Now, if I’m being honest, Messi is said to have done the same kind of half-time antics at some point, albeit mainly with footballs, but that doesn’t help the narrative does it? And that narrative isn’t falsified, I promise. Both sides chose to not pay for the treatment. That’s a fact.]

At a mere 13, Messi made the migration from the city of Good Air to the city of Gods. No, not Rio de Janeiro. Barca, the home of Cruyff, Rivaldo, Stoichkov and more.

And it was there that The Flea – via some better coaching, better conditions and some biological meddling – became a Butterfly. He rose up the ranks at record speed, shining for the Under-14s, Barca C and then Barca B before finally making his official senior squad debut on October 16th, 2004. Injuries to established players meant the Argentine soon became a regular-ish fixture in the side, notching his first goal seventh months later on May 1st 2005, in a La Liga clash against Albacete. A nice nod to his Albiceleste heritage, then, but also a record-breaking one, as the playmaker became the youngest ever goalscorer for the club.

Of course, this has since been eclipsed by such icons as Bojan Krkic and Ansu Fati, but the premise of his precocity still stands.

That summer, he would show his country what they gave up on, taking Argentina to victory at the FIFA Under-20 World Cup in the Netherlands, and landing both the Golden Boot and the Golden Ball for best player.

A quasi-breakthrough season was then had in 2005/06, with standout displays against Chelsea in the Champions League and Real Madrid in El Clasico peppering an impressive season that was blighted by injury.

And then came the real breakout. The Ballon d’Or Nominee breakout. The Greatest Goal in the Club’s History Breakout. 2006/07. The year Messi graduated from precocious teen to bona fide, boisterous superstar. 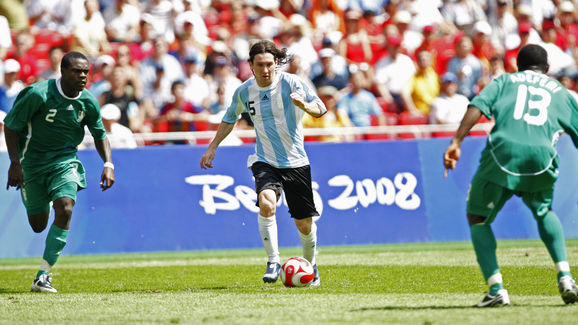 The goal? That Maradona-esque gliding masterclass against Getafe, which you can find analysed here. The Ballon d’Or? Lost to Kaka, with Cristiano Ronaldo pipping him to second. After all, this was a trophy-less season in Catalunya, unless you’re one of those freaks who counts the Spanish Super Cup.

The next one would be similarly barren for Barca and oh-so nearly prosperous for Leo, with the number 10 losing out to Champions League-winner Cristiano Ronaldo as runner-up.

Fortunately, the wait wouldn’t be long until both desires were satiated.

In 2008/09, after a summer in which Messi had triumphed at the Olympics with his national side, La Blaugrana would beat Real Madrid to the league title, Athletic Bilbao to the Copa del Rey and Manchester United to the Champions League, with Leo finally beating Ronaldo to the Ballon d’Or.

That European final was won with a leaping header from ?Messi, which he recently called his favourite goal ever. This is kind of funny, until you consider what it must’ve meant to put to bed all those previous doubts about his height with a header on the biggest stage of all.

And what a header it is, to be fair.

But further heights were to be reached in the coming years, the crest of which for both player and club was surely the 2010/11 season (although the fourth consecutive Ballon d’Or in 2012 can’t have been a bad moment).

Sure, the Copa del Rey wasn’t won to make it a treble, but La Liga was. And the Champions League, in seminal fashion. By seminal fashion, I mean the greatest combination of team and individual performance the competition had ever seen. ‘Arguably’, I guess.

This was the start of a decade of irrepressible success. All in all, the magician has managed 563 goals (91 of which came in one record-breaking, out of this world season), seven La Ligas, five Copas del Rey and two Champions Leagues.

That last part is what sticks in his craw. As does the 2014 World Cup Final. Indeed, it’s funny to think that if a speculative run and cross from Andre Schurrle hadn’t been converted by Mario Gotze – two players whose participation in such a pivotal moment in history has not aged well in the intervening years – and a Gonzalo Higuain chance had, Messi’s status as the true GOAT would probably be irrefutable.

Now, that’s a bit of an oxymoron, and irrefutable is not a word that can be used in football, but you get the point. It would be much harder to argue against. Alas, that is the cross he must bear. The blue bird-shaped cross. 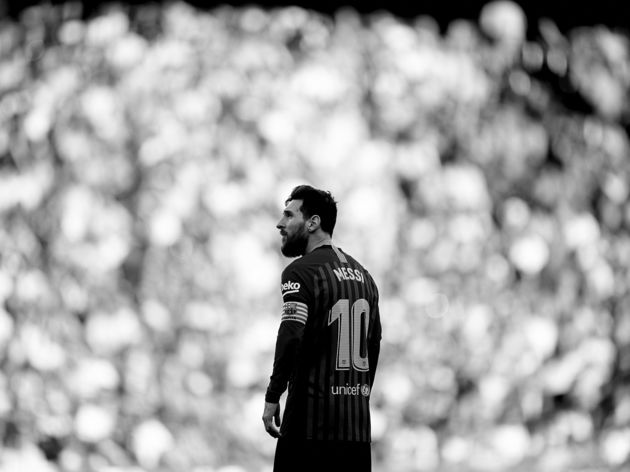 But thankfully, I can now say – and this, for once, is irrefutable – he is still 90min’s Player of the Decade. He is the one man who can claim this title.

And that’s just as good, IMO.

Number 13 – Giorgio Chiellini: The Juventus Legend Who Has Always Found a Way to Win

Number 8 – Dani Alves: The Maverick Who’s Just Too Good to Be Copied

Number 7 – Franck Ribery: The Serial Entertainer Who Was Born to Win

Number 6 – Luis Suarez: The Uruguayan Heel Who Never Bit Off More Than He Could Chew

Number 4 – Sergio Ramos: Football’s Big Bad Who Has Dominated the Sport Like No Other

Number 3 – Luka Modric: The Only Other Ballon d’Or Winner of the Decade

?Number 2 – Cristiano Ronaldo: The GOAT Contender Who Knows There Is No Substitute for Hard Work