?Having failed to score in his last four La Liga matches, Barcelona forward Lionel Messi is on his longest league drought since January 2014.

The Argentine netted the winner in Quique Setién’s first game – a 1-0 win over Granada midway through January – but has since failed to find the back of the net against Valencia, Levante, Real Betis and Getafe. 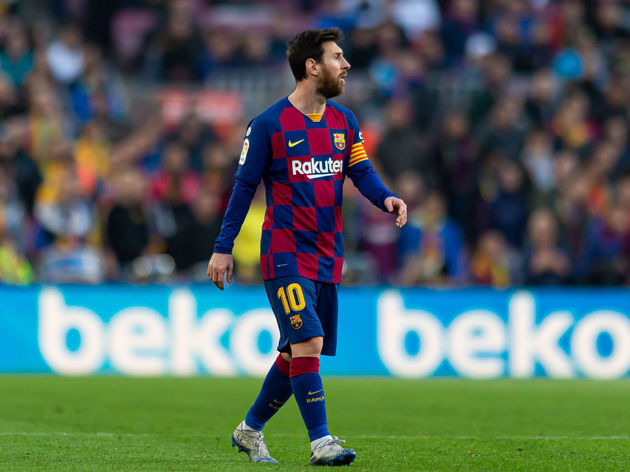 It’s the kind of dry streak which ?Messi has rarely endured. The last time he went four games without a goal was back in the 2013/14 campaign, in which the attacker failed to score in eight consecutive games between October 2013 and January 2014.

He has gone three matches without scoring several times since, but this is the first time in six years that he has reached four, which speaks volumes of just how ridiculous his goalscoring exploits have been, rather than his poor form in front of goal of late.

You get the sense that Messi won’t really be concerned by that. He has managed 433 goals in 471 ?La Liga games during his career, so one little dry streak probably won’t do too much damage to his legacy. It’s not as if Messi has even been playing badly in these recent games. Like most of his teammates, he was ineffective against Valencia, but he has since bounced back with six assists in his last three games.

Even when he’s not scoring, Messi is the man behind ?Barcelona’s goals.

He now sits on 19 goals and 16 assists in all competitions this season, and he somehow leads the league in both categories, so the six-time Ballon d’Or winner remains a dominant force in world football. Nevertheless, you can guarantee he will be eager to get back among the goals himself. Barcelona are second in La Liga, level on points with leaders ?Real Madrid, but are still at a disadvantage as Los Blancos have a game in hand.

Messi’s next chance to end his drought will come on Saturday, when Eibar visit Camp Nou, and he will hope to use that game as a warm-up for Barcelona’s next test – a trip to the Santiago Bernabéu to face Real on Sunday 1 March.