?Lionel Messi scored a hat-trick – including a brace of glorious free-kicks – in Barcelona’s 4-1 win against Celta Vigo on Saturday evening. In doing so, he joined Cristiano Ronaldo as the highest scorer of La Liga hat-tricks in the competition’s history.

Messi opened the scoring with a calm penalty before curling two almost-identical free-kicks over the wall and beyond the despairing dive of the Celta goalkeeper Ruben Blanco, on either side of half-time to wrap the game up in la Blaugrana’s favour.

It was the Argentine superstar’s 34th La Liga treble, and ?Opta released the statistic which confirmed that the 32-year-old has now pulled level with former Real Madrid striker Ronaldo in the battle for the record.

?Ronaldo now plies his trade in Serie A with Italian giants Juventus, leaving the path clear for?Messi to make the record his own in the near future, as he continues to dominate Spanish football with his frightening ability.

The Argentina international’s return from injury has coincided with ?Real Madrid

Messi has scored eight goals in his seven league appearances this year and aims to win the Champions League for the first time since 2015. 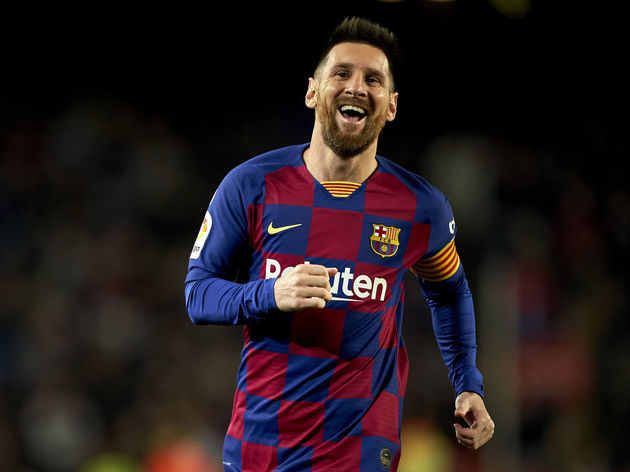 Ronaldo managed to bag 34 hat-tricks in his nine seasons at the Santiago Bernabeu, as he helped Madrid to dominate European football during his time in Spain – winning the Champions League an incredible four times and earning two La Liga titles.

The Portuguese forward won the Serie A title with ?Juventus last season and has huge ambitions of winning Europe’s biggest prize with a third different team this campaign. Ronaldo bagged 21 league goals for Juve in 2018/19 and has managed five this season for Maurizio Sarri’s side.