Get ready for this folks, it’s an absolute corker…

?Lionel Messi has been forced to deny several, incredibly ridiculous reports published about him by the Argentinian media.

TNT Sports recently claimed that Messi was considering a move to ?Inter at the end of the season. Pretty unbelievable, pretty stupid, but it wouldn’t be the first time someone’s made up a dodgy transfer rumour.

Leo Messi on Instagram denying reports that he might join Inter Milan – or that he paid Ronaldinho’s bail in Paraguay… pic.twitter.com/fNok74G6w8

Report number two, on the other hand, is just absurd.

The very same outlet suggested that La Pulga had paid Ronaldinho’s £1.3m bail to get the Brazilian legend out of jail. Yes, really.

Unsurprisingly, Messi took to Instagram to set the record straight, posting a story in which he labelled TNT’s reports as “fake news.”

“What they said about Newell’s Old Boys a few weeks ago is also false, thank God no one believed them…” he later added (via ?Goal). 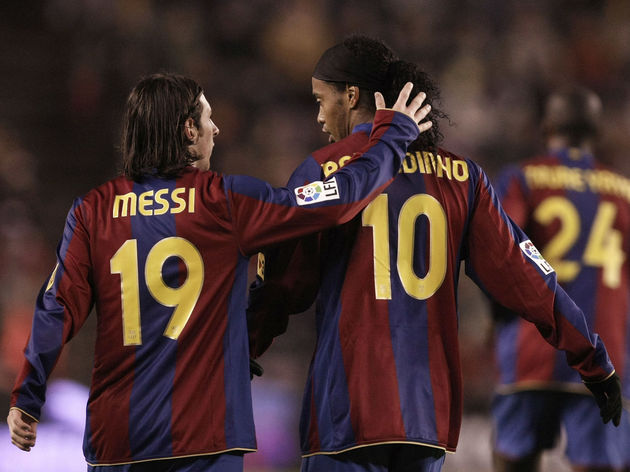 In case you’d missed the ?most bizarre footballing story of the year, Ronaldinho and his brother were arrested last month while trying to cross the Paraguayan border using a fake passport…even though Brazilians only need an ID card to enter the country.

While locked up, the former Barcelona man seemed to be having a relatively comfortable time. He had a nice 40th birthday party, enjoying some ?mystery meat on a stick and he also won a 16kg piglet by leading his side to victory in a ?prison football tournament.

Ronaldinho and his brother Roberto Assis were released from jail earlier this week and put under house arrest while they await trial. It had previously emerged that the former Barcelona man had been unable to pay his bail, so the fact that the hefty sum was found raised some questions over the origin of the funding.

One things for certain though…we can cross Lionel Messi off the list of potential guardian angels.