Messi was applauded by Betis fans inside Estadio Benito Villamarín when he scored his hat-trick goal to make it 4-1, something the Barça captain said had never previously happened to him. 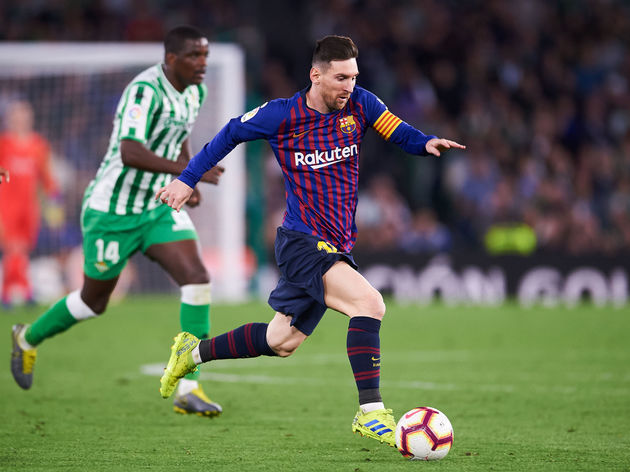 Messi’s delightful chipped finish saw Betis supporters put football’s traditional automatic dislike of opposing players to one side and applaud the genius in front of them.

“I don’t remember being applauded by rival fans for a goal before,” ?he said afterwards.

The hat-trick was Messi’s fourth of this campaign and 33rd of his career to date.

The goals were his 37th, 38th and 39th of the season in all competitions, while his 21 assists means the five-time Ballon d’Or winner has already directly contributed to 60 goals in 2018/19.

Defeat for Atletico Madrid at the hands of mid-table Athletic Bilbao on Saturday also meant that Barça’s Messi-inspired win on Sunday sent the reigning champions 10 points clear at the top of the table and virtually certain to retain their title.

Another Spanish crown this season would be the 10th of Messi’s career, while Barça are also on course to win a fifth successive Copa del Rey and have a strong chance of going all the way in the Champions League for the first time since 2015.