?A specialist panel working with La Liga will review the extent of Ousmane Dembele’s injury, with doubt being cast over Barcelona’s initial prognosis that he will miss six months and potentially scuppering their emergency transfer plans.

put out a statement earlier in the week suggesting that the forward was feeling discomfort in his right leg, although there were no initial concerns that it would be anything severe. But further tests carried out by club doctors revealed a hamstring injury picked up in training has ended his season prematurely.

This ?most recent setback follows a long line of injuries the Frenchman has suffered since moving to La Liga,

?reached an agreement for Willian Jose

?Sport report that here is serious doubt over the estimation ?Barça 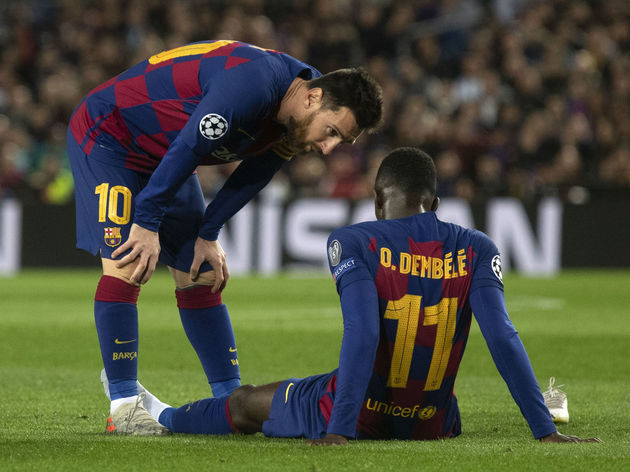 Should Dembele be sidelined for fewer than five months, then the severity of his injury wouldn’t be enough to grant Barça special dispensation to sign another forward outside of the transfer window.