We got an unmarked envelope at 90min Towers on Wednesday morning which appears to contain his innermost thoughts from the last 12 months. Since The Decision.

We take no pleasure in revealing the envelope’s contents. But the people deserve to know. 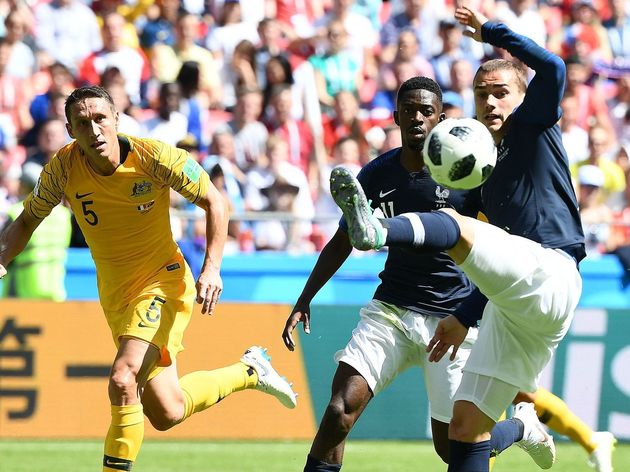 Did The Decision today. Needed something to take my mind off playing with these snail-munchers instead of my pals at the World Cup for the next month – really think FIFA need to have another look at their rules.

?Ousmane and that Umtiti lad keep giving me funny looks around the camp though. Can’t tell if it’s because I just made an entire documentary to par off their club or if they didn’t think my apology for the Globetrotters thing was enough. Guess I’ll never know. Refuse to speak French.

Won the World Cup today. The frog-gobblers are all loving it, but I just feel empty. It is not the time for posts. I told Juan Mata that. He scribbled it in a notebook. Odd lad. I like his name though, it reminds me of mate, which I bloody love, of course. Back with my mate mates today, it’s been such a long summer. I love drinking small amounts of bitter leaf juice with my Uruguayan kin, it’s the only reason made The Decision to stay here in the summer. ?Luis Suarez…he doesn’t appreciate me in the same way that they do.

“He’s not Uruguayan, he’s French and he scored a goal. He doesn’t know what we have to do to succeed in football. He will have his customs and his Uruguayan way of speaking, but we feel differently.”

Wow, long time no speak! Had to play against the homeland again today, and it was really hard. I put a Uruguayan flag on my boots, but people just laughed at me. Diego and Jose weren’t even in their squad, I just felt so alone. Sometimes I think they don’t even believe I’m really one of them. 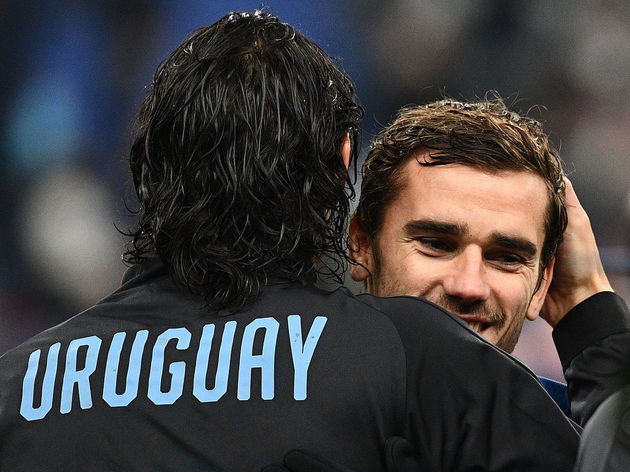 Had a chat with Luis after the game though. Cleared the air a bit, turns out we have a lot in common – he says he was called racist for doing something that’s accepted in our culture too! Lots to think about.

This season is going great! Through in the ?Champions League, second in the league and not far behind ?Barça! I’ve scored eight in eight! I’m getting a little bit worried that Diego (the good one, not the feral one) hasn’t signed his new contract yet though. I’m going to start leaving pens in his kitbag so he’s always ready, I think.

Spoke too soon. Lost to Betis. Will go home and genuflect to my single lock of Diego Forlan’s hair.

Lost to Real. Need to step it up. Time to put on my signed and match-worn Okay, calma. Jose and Diego (the two Gs, or ‘my Gs’) scored against Juve, we’re going to boss the Champions League, I’m feeling a lot better about this now.

Suarez keeps texting me to complain about Philippe Coutinho lately – ‘Ohhh he takes loads of stupid shots so we don’t give him the ball now, and then he runs into the middle and gets in my and Leo’s way’ – but I told him exactly what I tell people about Filipe. You can’t trust people from a country who speak Portuguese when everyone around them speaks Spanish!

He said I’ve given him a lot to think about, but I’m not sure he was convinced.

Ronaldo knocked us out AGAIN? Screw this stupid club.

Lucas signed for Bayern today. Absolutely no flair – he let them announce it themselves with some written statement on their website. I bet he doesn’t even have a documentary filmmaker’s phone number.

He had made things a bit awkward for me now though. He’s off, Juanfran’s off, Diego’s stopped speaking to me (again, the good one, not the one who only eats raw meat and—wait, that’s both of them. I mean not the one who looks like his face was carved out of the side of

Fake Spaniard got sent off against Barça today. Hate this place.

Can’t even summon the energy to ring the

Alright. It’s time. Diego’s abandoning me, Luis is begging me to come and replace ‘that tiny idiot waste of air’, Juanfran’s gone, Lucas has gone, I’ve had it. I’m done. I haven’t showered in five days and my hair looks like I just came off the island off Castaway (love Tom Hanks), but I can’t take it any more.

Apparently everyone’s ‘at Cannes’ and ‘too busy’. France ruins everything again.

I’ve made my Decision.