Messi scored 36 La Liga goals in 2018/19 to claim a record sixth award, marginally ahead of Mbappe, who finished the campaign on 33 goals in Ligue 1. 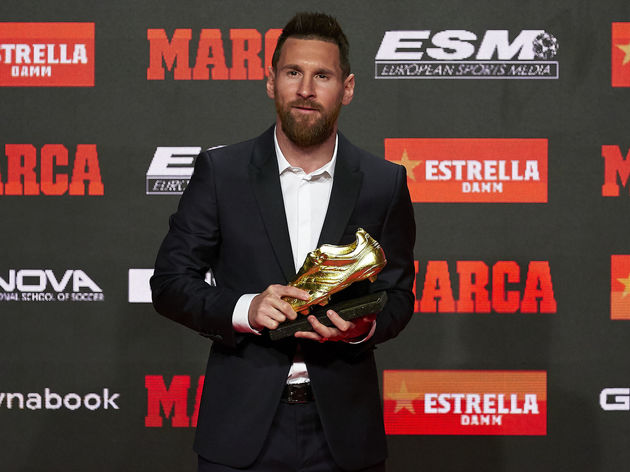 Mbappe has joked with France international colleague Ousmane Dembele, who plays with Messi at Barcelona, that the six-time Ballon d’Or winner is watching the threat to his crown.

“Rather than putting my head under the lawn and waiting quietly for the end of the season, I tried to outdo myself,” Mbappe explained to France Football.

“I then realised that I could try to win the prize for the top scorer in Europe. But, opposite, there was Messi. I scored two, he scored three; I scored three, he scored four! It was so crazy that I talked about it with Ousmane.

“It is not possible, does he do it on purpose? He looks at the number of goals I score?” Mbappe asked of his friend and teammates. “‘Of course he’s looking at you!’ I said to myself: Ah yeah, Messi is watching me. It is flattering to see that such a player does not ignore you.” So far this season, Mbappe has scored 11 league goals for PSG, with Messi marginally ahead again on 13. But there are a lot of other contenders vying to be named Europe’s top goalscorer.

Bayern Munich forward Robert Lewandowski currently leads the race on 19 goals, which equates to 38 points in the weighted system. RB Leipzig’s Timo Werner and Lazio’s Ciro Immobile each have 17 goals, as does Leicester star Jamie Vardy.