Why would anyone want to leave Liverpool? That is the question manager Jurgen Klopp is asking amid Philippe Coutinho’s links with Barcelona.

Liverpool star Coutinho is tipped to join LaLiga giants Barca to help fill the void left by Neymar, who joined Paris Saint-Germain in a world-record deal.

On Wednesday, Barca general manager Pep Segura claimed the club were closing in on Coutinho and Borussia Dortmund’s Ousmane Dembele.

Despite reportedly handing in a transfer request, Liverpool have maintained Coutinho will not be sold as he prepares to sit out Saturday’s visit of Crystal Palace in the Premier League due to a back injury, and Klopp sees no reason for any player to exit Anfield.

“Can you imagine for a minute I am not a little bit interested about the problems or not of Barcelona?” Klopp said.

“I will never talk about something I spoke about with a player. But you can imagine, in general, I think for each player Liverpool is a very good club, a very good team in the moment. 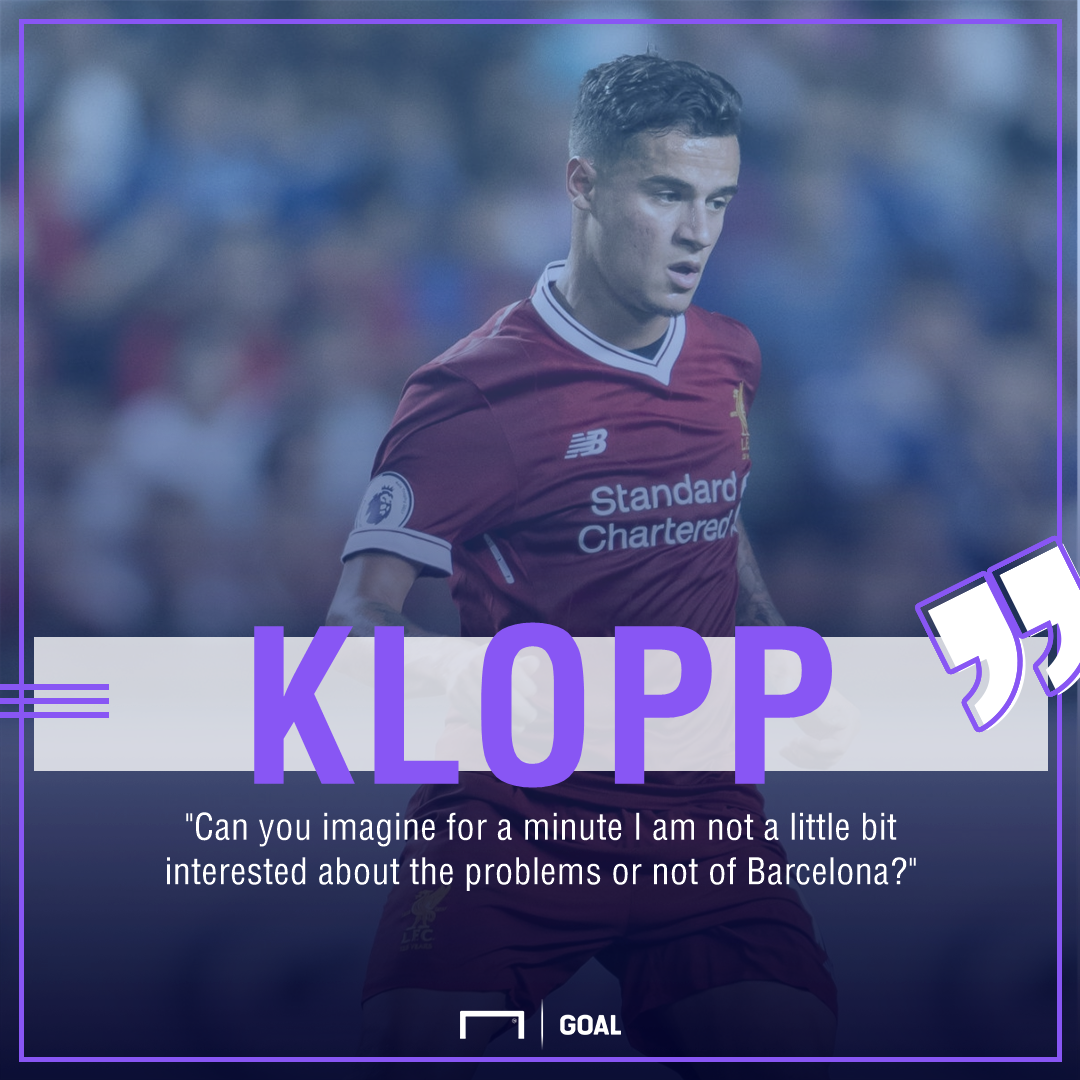 “We have a good age of the group. We have very young boys, experience – it’s a good mix and we are on our way.

“I think we got rid of the expectations of 20 years ago and created our own expectations for all the people. They expect a lot from us because of what we did last season.

“I am fine with the situation and I am very positive about the project of Liverpool. I don’t see a lot of reasons for each player to leave the club at the moment and that’s just in general.”