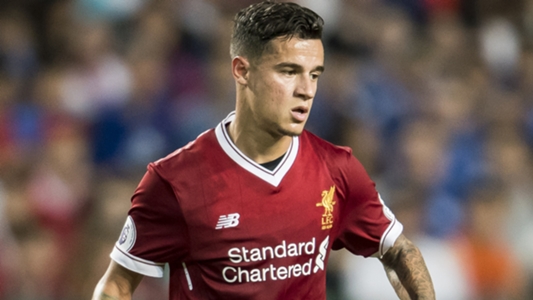 Liverpool manager Jurgen Klopp says there has been no change regarding the future of Philippe Coutinho, who continues to be pusued by Barcelona.

The Brazil star submitted a transfer request last Friday, just hours after a statement from Liverpool owners Fenway Sports Group made it clear they will not entertain any offers for the player.

Liverpool 16/1 to end their title hoodoo

Coutinho missed Saturday’s 3-3 draw with Watford with a back injury and will not be involved in Tuesday’s Champions League play-off first leg with Hoffenheim due to the problem.

Klopp stated at the weekend the 25-year-old’s uncertain future was not a distraction, but suggested the final decision on whether he will stay at the club could be out of his hands.

However, speaking ahead of the clash at the Rhein-Neckar Arena, Klopp stressed there has been no development to the saga.

“Nothing has changed in the last few days, not on the one side or the other side,” he said.

“He’s not available for us at the moment so that’s the main issue. He cannot play for Liverpool at this moment and it’s quite a blow for us.

“But we’ve known about it for a few days so we can prepare, like we have to prepare without Adam Lallana, Daniel Sturridge who is really close, two more sessions and he’ll be available for the weekend.

“The best thing would be for this team to stay together for four, five years, although I know it’s quite naive to say things like that.

“I really understand that everyone’s interested in this but I can’t say that I’m really thinking about it at this moment.

“I didn’t think on the way to this press conference, ‘what can I say if they ask?’. I’ve said everything about it that I can say. I have no other answers.”