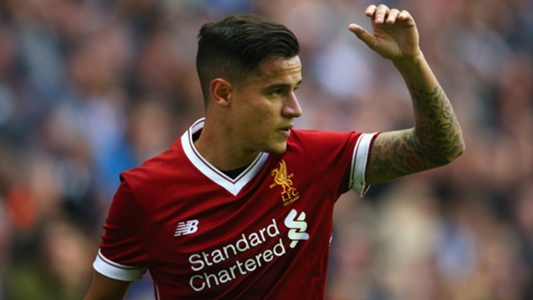 Philippe Coutinho could make a timely return to Liverpool’s matchday squad for their midweek Champions League clash with Sevilla, Jurgen Klopp has confirmed.

The wantaway Brazilian is yet to feature in a competitive match for the Reds this season after being denied a move to Barcelona, a saga which prompted Coutinho to submit a transfer request.

Liverpool refused to sanction his departure and Klopp has now confirmed the 25-year-old is in contention to return at Anfield.

Coutinho would be a welcome addition to a side beaten 5-0 by Manchester City on Saturday, a collapse sparked by Sadio Mane’s first-half sending off.

Speaking at his post-match press conference, Klopp replied with a simple “yes” when asked whether Coutinho was in his plans for Wednesday’s match.

Coutinho twice appeared as a substitute for Brazil over the international break, scoring in a 2-0 World Cup qualifying win over Ecuador.

Alongside Sevilla, Liverpool have also been grouped with Spartak Moscow and Maribor for their Champions League campaign.