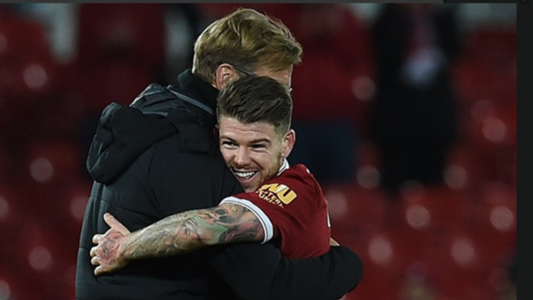 Jurgen Klopp apologised after revealing Liverpool defender Alberto Moreno missed the birth of his second child to feature in the Reds’ 3-0 win over Southampton on Saturday.

Mohamed Salah scored twice to put Liverpool well in control at Anfield, with the equally impressive Philippe Coutinho adding a third after the interval.

While it will be Salah and Coutinho who get most of the plaudits, Moreno – who has been impressive this season following a difficult campaign in 2016-17 – was solid again at the back, and Klopp was quick to reach out to the Spaniard’s partner after his no-show at the birth.

“At 2.30am this morning, his wonderful girlfriend gave birth – Alberto Moreno Jr was born in Liverpool,” Klopp told Liverpool’s website.

“He was in the [team] hotel when he was born… sorry to his girlfriend!”

Liverpool – who now sit just a point behind fourth-placed Tottenham – were dominant throughout Saturday’s encounter, and Klopp was delighted with his side’s overall display.

“It was a difficult game, Southampton are a really good football side. It was an open game, we had more chances before we scored,” he added.

“We have to build on our experiences. So far in this season, we’ve had pretty much everything – we’ve played all kind of teams and all kind of styles and there was only one game that was really bad, which was Tottenham.

“Today’s performance looked much more mature and that’s very important for us. We could have scored more often but it was a perfect day for us.”

He’s your @carlsberg Man of the Match! pic.twitter.com/rT6MY5uZo3

Southampton boss Mauricio Pellegrino, on the other hand, acknowledged that his side – who have won just one of their last seven fixtures – must find a way to turn the results around.

“We know that we are in a difficult moment in terms of results,” Pellegrino told the club’s official website.

“In these moments though you learn where you are at and we need to express our character.”