Juventus are lining up a surprise move for Luis Suarez that would see Paulo Dybala head in the other direction, as both clubs met face-to-face to discuss a variety of deals involving a number of fringe players.

Suarez’ name has barely been mentioned throughout the summer window, with the Uruguayan seemingly set to complete his sixth season in Catalonia and break the 200-goal mark for the club since joining in the summer of 2014.

However, it appears as though there could be some movement between ?Barcelona and Juventus as the window draws near a close, as Tuttosport (via Football Italia) claim the ?Serie A champions are mulling a sensational deal to bring the former Liverpool forward to the Bianconeri in a swap move with Dybala.

With the addition of Antoine Griezmann from Atletico Madrid, some doubt has been cast over Suarez’s future, with the new centre-forward being forced to line up in a more unfamiliar wide position to accommodate the 32-year-old.

Furthermore, the ?never-ending transfer saga surrounding Neymar’s potential return to the club from PSG could spell the end for one of La Blaugrana’s wealth of forward options if completed, with the ageing Suarez the more likely candidate to leave the Camp Nou. 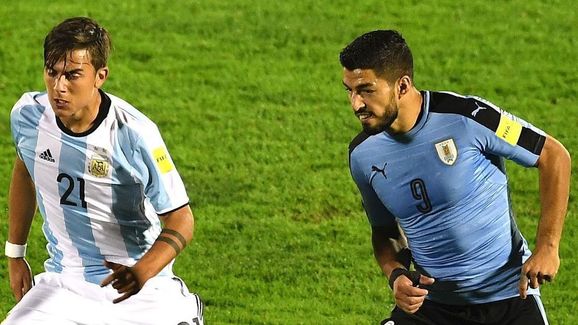 That said though, given the obvious age gap between the two players, Juventus would surely be eyeing an added influx in cash for such a deal to materialise, despite their lack of a world-class striker.

Juventus have already made a remarkable bid to snatch Neymar from under the noses of their Spanish rivals – if the ?reports are to be believed – after offering