?Juventus are close to completing the signing of Matthijs de Ligt from Ajax, with a bumper five-year deal awaiting the teenage prodigy in Turin.

After months (and months) of speculation regarding De Ligt’s next career move, a move to La Vecchia Signora now looks to be imminent – quashing Barcelona, Paris Saint-Germain and Manchester United’s hopes of landing the Dutch star. The latest, and perhaps definitive, update on De Ligt’s future comes from ?Goal, who report that a €70m deal is on the verge of being signed, sealed and delivered.

The 19-year-old will sign a long-term deal with I Bianconeri, where he will earn around €12m per season, after tax.

It’s alleged that super agent Mino Raiola, famed for being a tough and tricky negotiator, has agreed a release clause of €150m with Juve – which some may consider to be rather low, given the figures we see banded about in contracts served up by ?Barcelona and Real Madrid.

But the world record fee for a defender currently stands at €84.5m (£75m), a record held by De Ligt’s international teammate Virgil van Dijk when he moved to ?Liverpool from Southampton in January 2018 – suggesting it may not be as daft as it sounds.

De Ligt will arrive in Italy with a huge reputation to uphold – having established himself as one of, if not, the, hottest commodity in world football.

He was simply outstanding for Ajax last season, demonstrating poise, control and an understanding of the game far beyond his tender years.

His supreme leadership skills and ability to inspire his teammates helped the Eredivisie giants romp to a domestic double – also dazzling on the European stage as they dismantled Real Madrid and ?Juventus themselves en-route to a surprise Champions League semi-final appearance. 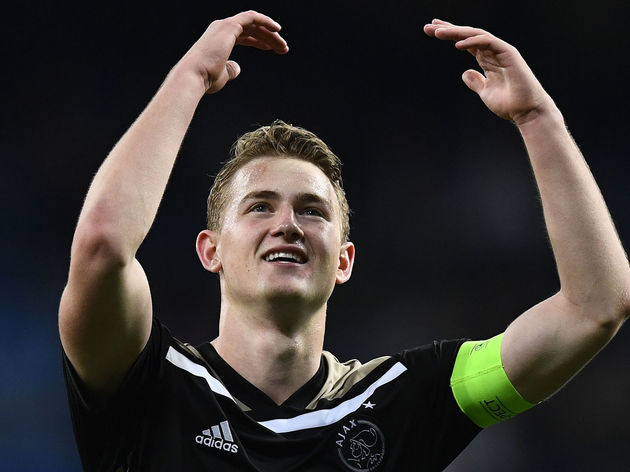 De Ligt’s move could be announced within a matter of days, signalling the end to one of this year’s longest running transfer sagas.