?Barcelona have confirmed Jordi Alba will be out of action for three weeks after the left back picked up an injury against Getafe, with the Spain international set to miss the first leg of the Champions League knockout stages as well as 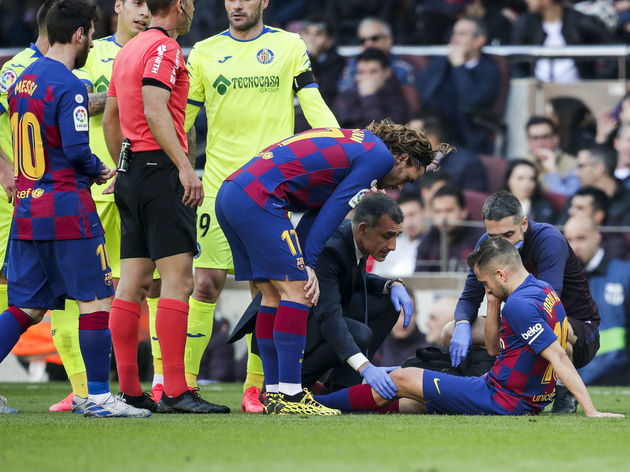 Júnior Firpo who can deputise for Alba over the next few weeks, but

Quique Setién has already been forced to promote players from Barcelona’s youth ranks to provide extra depth, with

?? INJURY UPDATE | Tests have confirmed that Jordi Alba has an injured right adductor. He is out and his recovery will determine his availability. pic.twitter.com/jeyltdYUWM

Ansu Fati has been Barcelona’s most high profile academy player to be fast-tracked into the first team this season and the 17-year-old has been able to keep his place in the squad thanks to injuries to the likes of Ousmane Dembélé and Luis Suárez.

Fati will be a key part of their squad once the Champions League knockout stages get underway for Barcelona at the end of the month.