?Jordi Alba could be set to miss up to a month of action after suffering a hamstring injury in Barcelona’s 0-0 draw with Slavia Prague in the Champions League on Tuesday night.

The draw was a disappointing one for Barça, who – despite extending their unbeaten run at home in the Champions League to 34 games – were ineffectual against a well-organised but ultimately much weaker opponent.

Injury was added to insult after the game as Barcelona confirmed that Alba, who was substituted at half time, had suffered a reoccurrence of a problem in his left hamstring. 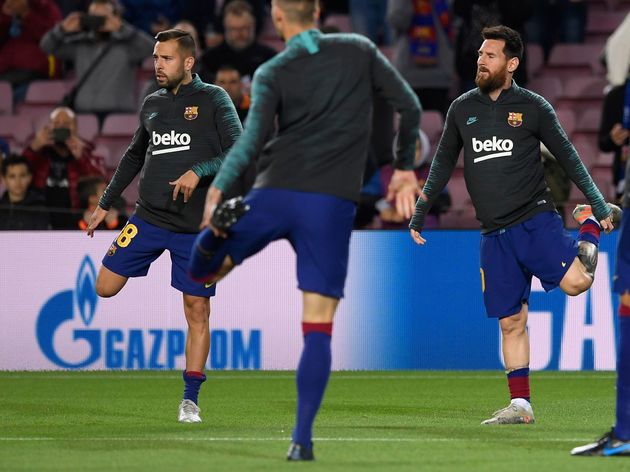 ?BarcelonaErnesto Valverde’s side have eight points from their opening four games, while one win from their final two fixtures (home to Dortmund and away to Inter) will see them into the last 16.