?Javier Mascherano has revealed that he preferred his time with Premier League leaders Liverpool compared to the years he spent with Spanish giants Barcelona.

The Argentine midfielder joined the Reds on loan in 2007 but only spent three-and-a-half seasons on Merseyside before Barcelona snapped him up for £18m. Mascherano was with the Catalan giants for seven-and-a-half successful years before moving to China in 2018, but has admitted he would choose Liverpool over the La Liga champions despite the disparity in the amount of time he spent with each. Following his move back to the Argentinian top flight in January, Mascherano was recently asked to choose between the two clubs he spent the majority of his career at.

“I feel something special for them. Yes, right now is the best in the world, Liverpool represents me a lot.”

Mascherano clearly has affection for both clubs, but opted for ?Liverpool in spite of his trophy-laden years with ?Barcelona. 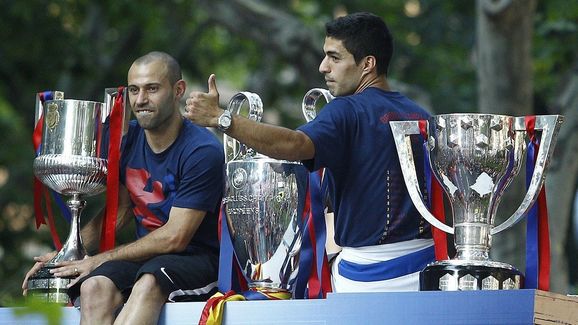 Now 35 years of age, after two years in the Chinese Super League, Mascherano returned to Argentina this year to play for Estudiantes.

Having started his career in the River Plate academy prior to the turn of the century, Mascherano’s return to South America has been hotly anticipated given the success he enjoyed in Europe throughout his career.

So far, Mascherano has only made two appearances for his new side, making his debut in a 1-1 draw away to San Lorenzo in which he fittingly picked up a yellow card, an occurrence Liverpool and Barcelona fans alike are familiar with.

While his time in Spain was longer and more successful, perhaps Mascherano’s choice is not so surprising given his tendency to tweet during the Reds’ matches. Most notably summing up the man-of-the-match performance Liverpool and England’s right-back delivered against Leicester with two words: “Trent Alexander-Arnold.”