?Barcelona are keeping calm about their goalkeeping situation heading into next season despite Jasper Cillessen’s considerable unrest as backup, and have conceded they would allow him to leave the Camp Nou for the right fee.

Cillessen has been at Barca since joining from Ajax for £11.7m in 2016, but has managed just 28 appearances since that transfer, struggling to attain minutes thanks to the imperious form of Marc-Andre ter Stegen. 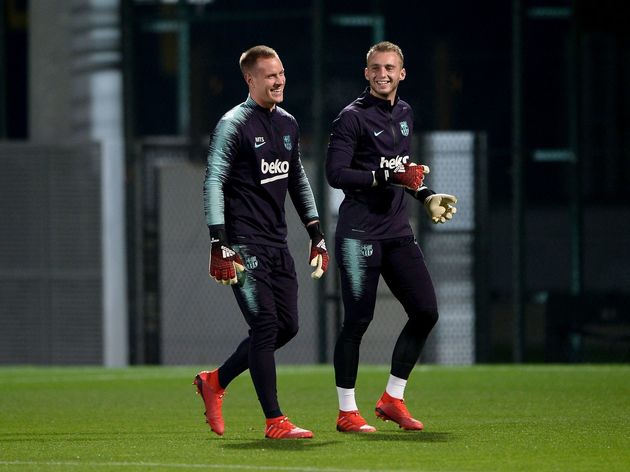 However, according to ?Marca, La Blaugrana are both aware and understanding of the Dutch number one’s frustration at being confined to the bench during what should be his peak years and are willing to let him leave this summer for the right fee.

The 29-year-old’s frustrations were bolstered in January when he was denied an exit, but it is now understood that he would be allowed to depart for a fee in the region of €45- €50m, significantly lower than his €60m release clause.

However, with Cillessen’s current contract not set to expire until June 2021, they do not yet have to worry about him forcing through a move if that figure is not reached.

Even so, they are keeping calm about the situation and, while they possess no plausible replacement as it stands, ?La Blaugrana have already identified a number of possible candidates.

Alex Remiro of Athletic Bilbao has been a keeper the club have coveted in the past, and last October Bilbao confirmed the 24-year-old had asked to leave this summer after missing out on the number one spot at the club following Kepa Arrizabalaga’s exit.

?Arsenal have been one side continuously linked with Cillessen, as they are in need of a new goalkeeper this summer ahead of Petr Cech’s upcoming retirement, however the Dutch number one will undoubtedly want to move to a club who will guarantee him the starting spot.