Rakitic joined the Catalan club from Sevilla in 2014. Since his arrival Rakitic has made 169 appearances, scoring 24 goals and helping his side win four La Liga titles. 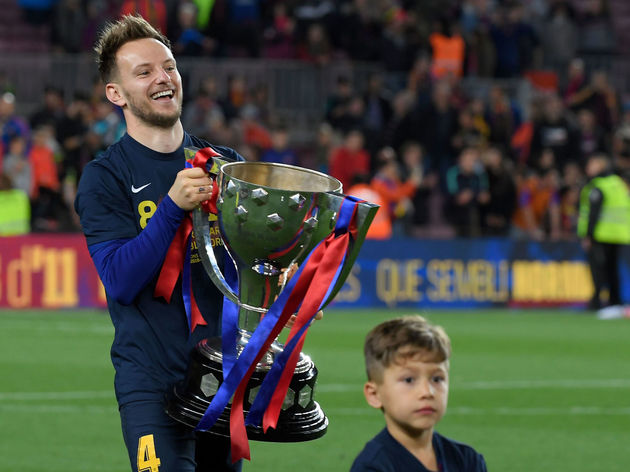 He also helped the Blaugrana to a Champions League triumph in 2015 by scoring the opening goal in their 3-1 win against Italian champions Juventus.

?Barcelona are reportedly looking to sell the midfielder this summer in order to help finance moves for Matthijs de Ligt and Antoine Griezmann.

?According to Sport, ?United have asked the Spanish club to name their price for the Croatian which is believed to be around £50m, as Solskjaer attempts to improve his options in central midfield ahead of the 2019/20 campaign.

Rakitic, however, is happy in Catalonia and far from desperate to move anywhere including Manchester.

The report further claims that in order to stand a chance of signing the midfielder this summer United must significantly better the 31-year-old’s current contract. Barcelona boss Ernesto Valverde has used Rakitic consistently this season, as the Croatian racked up 54 appearances in all competitions, scoring five goals and providing 10 assists.

Inter are also interested in signing the Croatian, but the negotiations between the sides has reportedly gone cold, however interest from United could spark the Nerazzurri into rekindling their interest.