?On 2 September 2019, Barcelona fans across the globe were still clutching in vain to the hope that Neymar might still, somehow, complete a deadline day move back to Catalonia to end the transfer saga of all transfer sagas.

The lack of closure on Neymar’s prodigal son story was a severe, if not unexpected, anti-climax. However, there was one announcement from Barcelona that deadline day at 10:27 pm. The Spanish champions had reached an agreement for the transfer of 16-year-old Pedro Gonzalez Lopez, Pedri for short, from Las Palmas for the sum of €5m.

It wasn’t the deal to appease the fans but the announcement was intriguing.

Set to arrive in the summer of 2020, Pedri – who had only just made his first-team debut with Las Palmas but had also been linked with Chelsea – would get a contract with a €100m release clause at Barcelona B. That clause would, in turn, rise to €400m when he joined the first team. ?Barça seemingly knew they had someone special.

The early stages of the 2019/20 season have borne out Barcelona’s assessment, as Pedri has become one of the surprise sensations of Spanish football despite not even playing in the top tier.

The teenager as described by his manager Pepe Mel has been ‘scandalously good’, scoring three times and assisting three more in ten games in Spain’s often unloved and uncompromising second tier. He scored his first 17 days after signing on to become a Barcelona player, walloping a 20-yard half-volley into the bottom corner as Las Palmas beat Sporting Gijon 1-0.

In the 3-0 victory over Deportivo La Coruña, his last domestic game before joining up with Spain’s Under-17 World Cup squad to travel to Brazil, Pedri registered a brace of assists – the first a slide-rule pass beyond the toes of the defence that would’ve made fellow Canary Islander David Silva proud.

“He’s going to be a star of Spanish football,” Mel said unequivocally, via SPORT

MARCA described the youngster as a ‘hurricane’, while his Las Palmas teammate ?El Diario

Pedri’s limelight-hogging displays were made all the more impressive when taking into account his age. As Catalan daily ?SPORT pointed out, Pedri was born just two days ahead of Luis Figo’s infamous return to Camp Nou involving the pig’s head in November 2002. That’s how young he is.

However, rather than Figo, it’s Andres Iniesta who is Pedri’s idol. Curiously, Iniesta’s first-team debut at Barcelona also came in autumn of 2002 – one month prior to Pedri’s birth.

“My biggest reference was Iniesta, but my father gave me videos of [Michael] Laudrup and I loved how he played. The two were reference points,” he is quoted as saying to Leaderbrock Sports 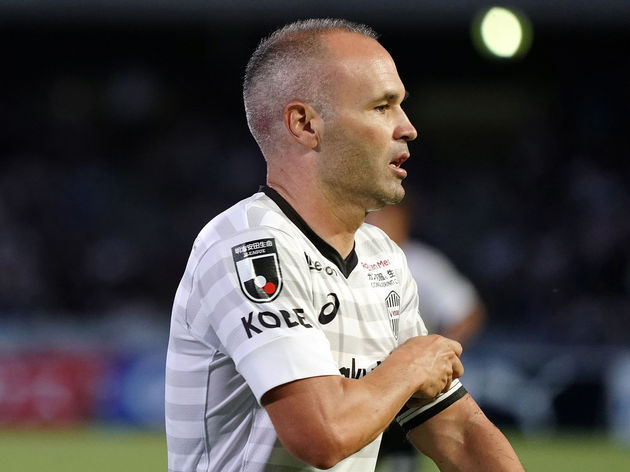 Dismissed by Tenerife at youth level for being ‘?too skinny and small –

With Barcelona’s other wonderkid Ansu Fati not going to the Under-17 World Cup in Brazil – which runs between 26 October and 17 November – Pedri is perhaps ?the team’s most exciting talent and certainly the one with the most first-team experience.

The prospect of Fati and Pedri linking up for Barcelona next season and beyond is an exciting one for fans, who have seen their club semi-abandon a reliance on elite youth products in favour of heavy spending in the transfer market for ready-made (if not best-fit) stars in recent years.

Some wonderful stuff here from @Andy_Headspeath with Ansu Fati’s first coach, incl. the time Fati assisted his own bicycle kick – and when the coach went to the town hall because he couldn’t believe someone so young could be so good.https://t.co/O205W5UJLs

?A report this week claimed that Barcelona are considering ditching any plans they had to re-sign Neymar as they already have Fati, a potentially generational talent whose style they don’t want to cramp.

In Pedri, Barça maybe might just have the player to stop them looking for another big-money Iniesta replacement.