Inter vs. Barcelona. Jose Mourinho vs. Pep Guardiola. The pragmatist vs. the idealist. Defence vs. attack. The ‘bus’ vs. tiki taka.

That was the second leg of Inter’s UEFA Champions League semi final clash.

A game in which Mourinho’s Inter players would ‘sweat blood’ to ensure I Nerazzurri would reach their first European Cup final since 1967, and continue their historic march toward the first treble in calcio history.

A game that Mourinho would later call the “greatest moment” of his career.

A game that would – in many ways – define how the divisive manager would be thought of in the ensuing years. For t

Oh, and it’s also the game after which the Inter manager would run around Camp Nou’s hallowed turf 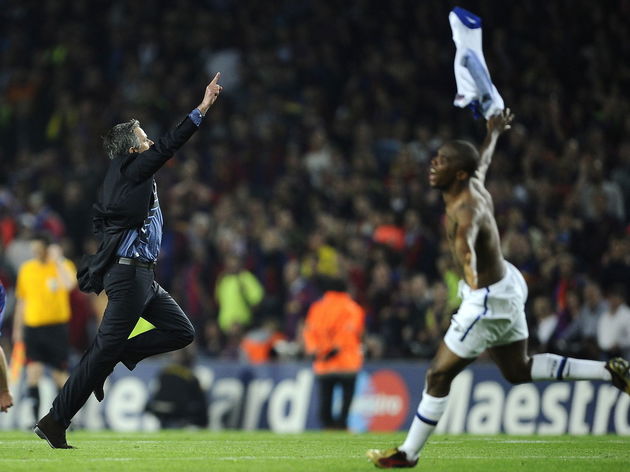 “We were educated to attack the spaces behind them”, said Mourinho, when discussing the game with ?Coaches’ Voices. 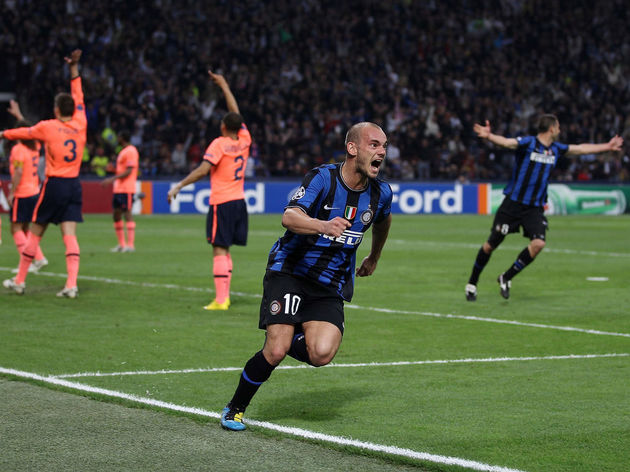 Inter would hold onto their 3-1 lead throughout the remainder of the game at San Siro, and then hold Barcelona to one goal at Camp Nou to seal a place in the UEFA Champions League final – which they would, as you already know, go on to win at the Santiago Bernabeu.

Jose Mourinho and Inter had executed a simple, yet seemingly impossible, plan.

They had stopped Messi.

They had stopped Barcelona. And while Mourinho may cite the second leg as the

Roma 3-0 Barcelona: The Night Roma Rose From Their Ruins

Liverpool 4-3 Borussia Dortmund: European Nights at Anfield Don’t Get Much Better Than This

Napoli 2-4 Lazio: The 90 Minute Champions League Shootout That Had it All

Watford 3-1 Leicester City: From Dejection to Delirium in 18 Extraordinary Seconds

Chelsea 2-2 Tottenham: The Battle of the Bridge Which Gave Leicester the Premier League Title

England 1-1 Colombia (4-3 Pens): When the Three Lions Made a Divided Country Believe

Porto 2-1 Benfica: When the Primeira Liga Was Decided With One Game to Spare

?Liverpool 0-2 Chelsea: The Slip Heard Around the World