Willian says that this year the World Cup will see the best he has to offer.

The Chelsea midfielder has been one of the standout stars in England this season.

“I will do my best to get better than I was in 2014,” Willian told a press conference at Brazil’s training camp in Moscow on Wednesday.

“You mature, you learn things. This time I have done specific work and I’ve changed all the food in my house to be in the best condition I can be.”

Brazil trained behind-closed-doors for the first time this week and Willian believes the private time away from the media was good for the team’s ongoing World Cup preparations.

“Every professional has their way of working. I prefer not to go back in time and talk about 2014,” he said.

Four years ago, former coach Luiz Felipe Scolari led the Selecao into an ultimately fateful home World Cup by reinstating the ‘family feel’ that led him to success in 2002.

Current coach Tite, too, has worked tirelessly to create a happier atmosphere than the one he inherited from previous coach Dunga, but retained a more serious work ethic among the players and staff.

“Loyalty and honesty, those are important,” Willian replied when asked about his ongoing battle with Philippe Coutinho for a place in the first team. 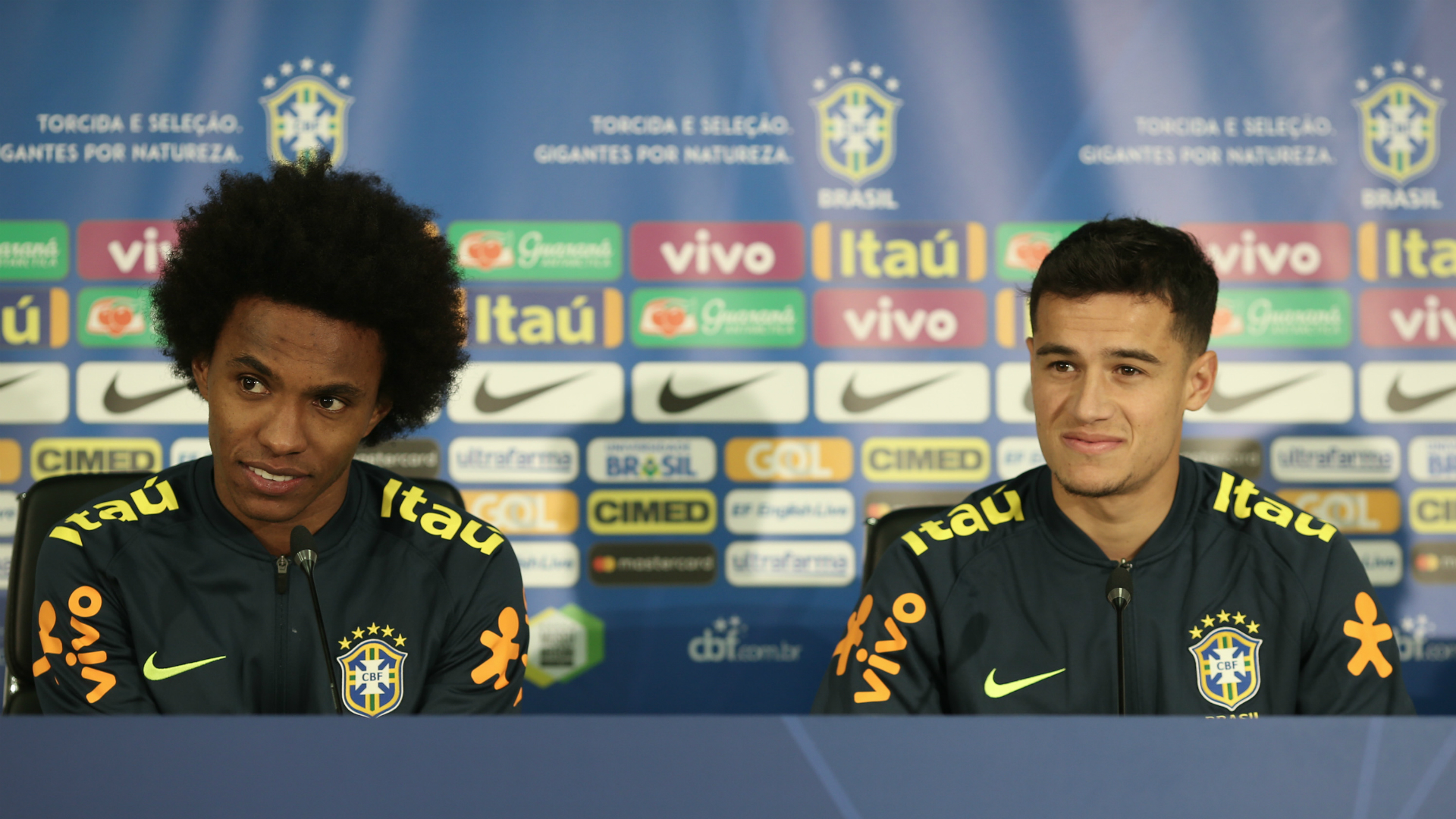 “Throughout this period, Coutinho and I have always had this. “We’ve always got along very well. I cheered for him when he was a starter, and vice versa. It’s important to be loyal, Tite always cherishes that word.”

Both Willian and Coutinho are currently tipped to start against Russia on Friday as Tite is expected to once again move Coutinho from right-midfield to a central role – and Coutinho said he is ready to do whatever is asked of him.

“I don’t mind [where I play], I just make sure I am always prepared so that I take my opportunity and make sure I play well,” Coutinho said.

The Barcelona man is likely to be asked to fill yet another role next week when his side clash with Germany in Berlin, when it is thought Tite will ask him to take up the injured Neymar’s preferred position wide left.

“Neymar is a great player, he is very important for us and we miss him, but we have to fill in for him,” Coutinho added.

“This team has grown collectively and we have to keep doing what we’ve been doing tactically. I think it will be similar [to playing with him]. Someone will have to occupy his position and whoever that is will have the quality to meet expectations.”