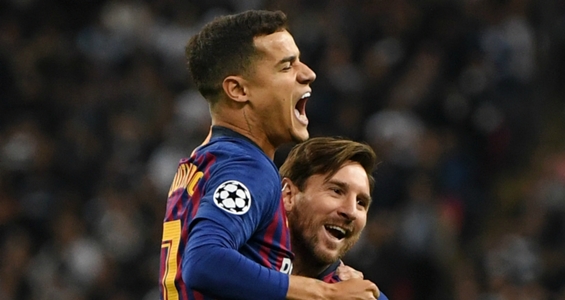 Philippe Coutinho avoids discussing international football with Barcelona team-mate Lionel Messi but is determined to inspire a Brazil victory over Argentina next week.

Messi has not been included in either of interim coach Lionel Scaloni’s two Argentina squads following the country’s World Cup campaign that ended at the last-16 stage, leading to questions about his future with the Albiceleste.

It is not a subject Coutinho has any inside knowledge on, given that he and the five-time Ballon d’Or winner try to refrain from talking about their respective nations while on club duty.

Although Messi will not be playing when the two countries renew their rivalry in Saudi Arabia on October 16, it is a match the former Liverpool midfielder is looking forward to.

Coutinho said: “Messi and I don’t speak much about our national teams.

“Despite him not playing, the game will be massive – it’s one of the biggest rivalries in international football.

“I want to beat Argentina whether Messi is playing or not. What is most important for me is to play well and win the game.”

Coutinho played down the impact of Barca’s recent indifferent form on his readiness to perform well for Brazil.

Following an impressive 4-2 Champions League win over Tottenham at Wembley, Ernesto Valverde’s side saw their winless run in La Liga extended to four games with a 1-1 draw at Valencia.

“It doesn’t affect me that Barcelona haven’t started well,” Coutinho said. “Barcelona are among the top positions in LaLiga and in the Champions League.

“It’s true that it’s not normal being winless for four games in a row. However, this is the beginning of a long season, where a lot of things can happen.”