The award is presented by France Football, but decided by the votes of a designated journalist from each country around the world. And when the dust of the winner’s announcement has settled, one of the things people always look to is how the voting shaped up. So, who voted for who? Where was the Ballon d’Or won and lost? Because this year was incredibly close, with Messi accumulating 686 points and Van Dijk finishing on 679.

Each naming a top five from the 30 nominees, the representative journalist from most countries went with either Messi or Van Dijk as their top choice. A few went with Ronaldo as number one, while Mane and Salah also got top spots from a selection of nations, including their own.

Messi was number one for Argentina’s Enrique Wolff of ESPN, while Van Dijk got the Dutch vote from Voetbal International’s Frans van den Nieuwenhof. There was no geographical rivalry bias from Brazil’s Cleber Machado, who voted for Messi as his number one.

Germany’s Karl-Heinz Wild from Kicker actually opted for Bayern Munich striker Robert Lewandowski, presumably having been wowed by the Pole’s goalscoring feats. Mane was second in his list, with Messi fifth and no Ronaldo or Salah at all.

Alisson was actually number one choice for the journalists in Ivory Coast and Guatemala. Manchester City’s Bernardo Silva, Kevin De Bruyne and Riyad Mahrez all featured in a few top fives. Eden Hazard also got a few votes, placing as a high as second in Kazakhstan’s list.

Roberto Firmino featured in top fives here and there, so did Antoine Griezmann, Dusan Tadic and Son Heung-min – Son was only fifth in the vote from South Korea’s Wee Won-seok.

Frenkie de Jong was a second choice from Italy’s Paolo Condo of Sky Italia and Gazzetta dello Sport, as well as featuring in the top fives submitted by Iran, Bosnia & Herzegovina, Cyprus, Turkmenistan and others. Kylian Mbappe was also a relatively frequent top five vote, but he was top choice for Kyrgyzstan and Slovenia, and second for Mozambique, Eritrea and Chad.

There is usually at least one country whose vote is considered rather bizarre. In 2019, that is Sri Lanka for whom votes were cast by Hafiz Marikar of Daily News. Liverpool full-back Trent Alexander-Arnold was their top pick, followed by Pierre-Emerick Aubameyang – who wasn’t even voted for by his own country – Griezmann, Lewandowski and Marc-Andre ter Stegen. Is there a chance Mr Marikar picked alphabetically? 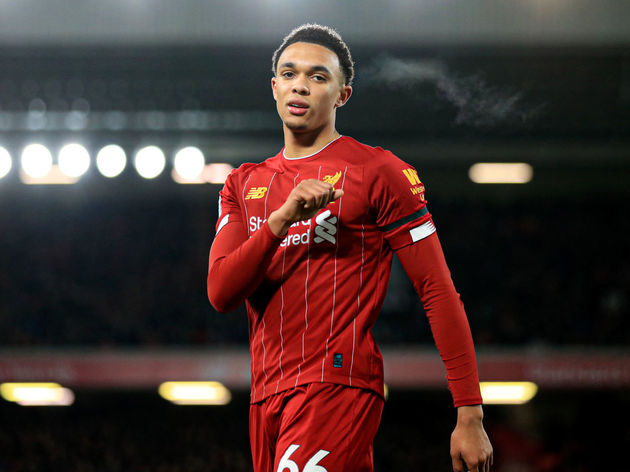 That wasn’t the only vote for Alexander-Arnold, though, with Cameroon’s Gustave Samnick and Singapore’s Tan Kim Han putting him fifth in their respective votes.