?With some of the best players in the world starting week in, week out, it’s a tall order to force yourself into Barcelona’s first team. Therefore t’s not a surprise to see La Liga’s leaders send out those on the periphery of the squad elsewhere, to gain regular gametime before a return to Camp Nou.

Considering Barça look likely to continue spending huge fees for world-class talent, how realistic will it be for them to become regulars for the Blaugrana? Let’s assess each player and their chances of doing so… Aleñá must have thought he had done everything right when he was picked to start the Blaugrana’s opening La Liga game of this campaign. Alas, he was substituted at half-time and didn’t make an appearance again until December.

The centre-midfielder was shipped off to Real Betis in January and has started five times for Los Verdiblancos, although he has been forced to play on the right-wing due to the abundance of midfield talent at Estadio Benito Villamarín.

While he has the technical ability to succeed at ?Barça, he may not be a popular figure among club officials having made it clear his unhappiness at being left out earlier this season. It’s hard to see how he gets more games with those remarks…

Likelihood of Making it at Barcelona: 1/10

Already a Senegal international with 17 caps, Wagué isn’t exactly a nobody. Indeed, he started a Champions League game a few months ago and looked set for more games.

Yet the right midfield, who can also play right-back, wasn’t able to persuade new manager Quique Setien to give him more chances, and he has been on-loan at Nice since January. In a short time period, he has quickly made an impact, with two assists already in five games.

It’s unclear if he’ll get the chance to play more in Ligue 1, but Nice are able to buy Wagué for €15m. Would the Blaugrana allow for this, if they felt the 21-year-old could be a regular next season? Probably not, but those earlier appearances this season gives him a tiny chance of making it. Really, really tiny though.

Likelihood of Making it at Barcelona: 2/10 It was a difficult end to 2019 for Todibo, with injuries keeping him out for much of the season. Therefore, it came as no surprise, when he left on-loan to ?Schalke 04 in January.

His strong displays since arriving in Germany led to him recently being named the club’s Player of the Month by fans. The centre-back has clearly found his level in the Bundesliga, but it’s unclear if Die Königsblauen can afford a permanent deal, with their option-to-buy fee set at an initial €25m.

Should he return to Spain, he could have a chance to play at Camp Nou regularly, with rumours the club are ?willing to offload Samuel Umtiti this summer. Yet despite his progression, Todibo needs more time to develop, which may be too long a wait for the Catalans before they just buy another centre-back instead.

Likelihood of Making it at Barcelona: 3/10 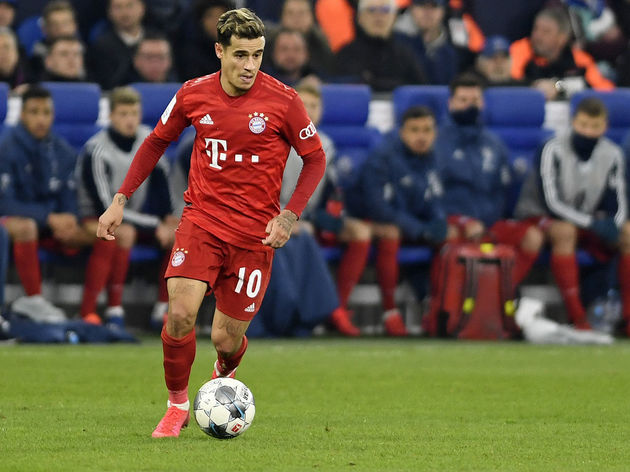 Clearly Coutinho’s dream move to Barça hasn’t worked out. His loan at ?Bayern Munich has been relatively successful, as he’s been a starter for much of the season, and has eight goals in his 22 Bundesliga appearances, as well as six assists.

With Die Roten needing to pay a staggering €120m to sign the Brazilian permanently, it’s hard to believe the Bavarians will use up their entire transfer budget on him alone. There are very ?limited options out there for the 27-year-old, and the Blaugrana will hope there’s a club willing to pay up for his services – but may be resigned to the probability he returns to Camp Nou, where he’ll likely have a small role again.

Likelihood of Making it at Barcelona: 4/10 The midfielder made his debut for Barça nine years ago, long before the likes of Antoine Griezmann and Frankie de Jong arrived at Camp Nou. But Rafinha has struggled to establish himself as a regular, with injuries hampering his progress severely.

Now at Celta Vigo for a second season, the Brazilian international has been a starter when fit, and has played 19 La Liga games for the club overall. While it’s possible that the Blaugrana may cut ties with him at the end of the campaign, the looming upheaval in their midfield could give the 27-year-old another chance to play regularly for Setien. And his versatility to play all across the attacking third, could help his chances tremendously – so it’s possible he could still be a success.

Likelihood of Making it at Barcelona: 5/10 No, Sergio and Oriol Busquets aren’t related. But there’s many similarities between the two of them. Like his star namesake, Oriol has predominantly played in defensive midfield, but is versatile enough to drop into the centre-back role. While he won’t contribute goals or assists, the 21-year-old is skilled enough to dictate the midfield tempo, and can also start attacking moves for his team.

He has played every game except one for FC Twente this season and was one of the few loanees to depart Spain with no option to buy, suggesting that the Catalans plan to keep him around for the future. With the likes of ?Rakiti? and Vidal coming to the end of their contracts, Busquets may have a great chance of establishing himself in the Blaugrana’s future midfield.

Likelihood of Making it at Barcelona: 7/10 The next Dani Alves? Barça fans will certainly hope so.

Emerson has been a revelation at Betis this season, contributing three goals and five assists in his 23 La Liga appearances. The right-back is superb offensively, and can be counted on to join the attack at any opportunity.

With his loan deal not expiring until June 2021, the Brazilian has ample time to develop defensively into becoming a world-class right-back. And by assessing his performances this season, Emerson has a fantastic chance of becoming the Blaugrana’s first choice for the next decade. After all, he’s only 21 years old…

Likelihood of Making it at Barcelona: 9/10